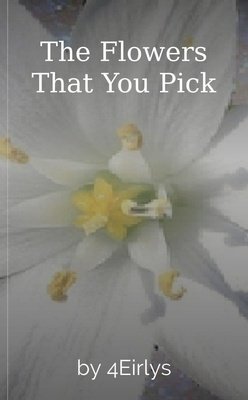 The Flowers That You Pick

After Luke dies Percy leaves the after-party to have some space, uncomfortable of being called a hero and full of guilt for taking credit which isn't his to take. A Goddess thinks differently...

So I really liked, no LOVED your story! It was so awesome! This story was so unpredictable; At one point, after Nico became a God, when they were turning back time I thought that he would be reduced to a Demigod then, but perhaps as little stronger than he used to. And I never would have guessed that he'll become King of the Gods either...
The one thing I didn't get (which is why I only gave you 4 for plot sorry) is the whole not giving in thing. Because I would have thought that after Percy and Annabeth would have broken up, Nico would finally have seen sense and talked to Cupid, if not before that. I didn't expect for him to watch Cupid fire his arrows at basically everybody before reacting. I dunno it was just a bit... meh.
Anyway, your story was brilliant :D Keep on writing!

I really liked your story, and to be honest I thought it was pretty good, espiecally with the suspense. But, the only problem I have with it.... What was the poiint in Accioing the snitch? I get its a big deal and against the rules ad everything, but to be honest it seems like such a waste.