A lot of people have predicted the apocalypse but nobody expected The Dreamfall.  Twenty-one years after this event, in a world left unrecognizable by fairies where humans struggle to survive, ther...

Fantasy / Other by BRG • Ongoing • 2 chapters 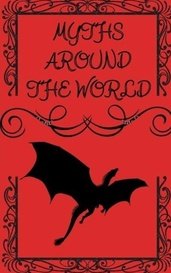 Myths around the world

A compilation of monsters, creatures, spirits and other fantastical beings of different cultures. Suggestions on new myths to add are welcomed.

Fantasy / Other by BRG • Ongoing • 1 chapter

I'm not much for short stories but the concept of this one really interested me and it didn't let me down. If I have to say something negative about it is that I would have liked if we got a little bit more of insight into Charlie and Ralph and their relationship, maybe making it slightly longer to explore some memories they had together or something like that, so the storie had more emocinal impact but aside from that I enjoyed it.

First of all, I like that there is no cliché "normal girl just so happen to attract the attention of a handsome rich guy". Instead the protagonists are both bussiness people so it makes sense they meet. Second, I noticed there are various spelling mistakes and sadly I can't say it's just some punctuation stuff. Luckily that's something that you'll get better at if you keep writing.
The strong point is no doubt the characters and their relationships which is great for a romance. You're good using first person POV to give them voice. I'm going to left some tips so you can make them even stronger:

-Don't indicate which character the POV is when you change it. You should try to left the narration indicate the reader what character is speaking. So far I had no problems differenciating characters so I think you just need to use Inkitt's tool to separate each POV.