Just a nerd here writing a story! I hope you all enjoy Kerren's story. It's a story that has went through a few rewrites but this idea is now something I'm happy with. 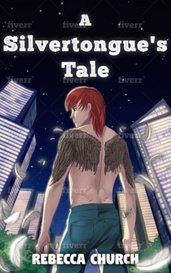 Kerren Albright lives in a world were Mythicals and Humans coincide, however, humans are considered the top dog. Mythicals have everything regulated from their magic to their potion ingredients. Ke... 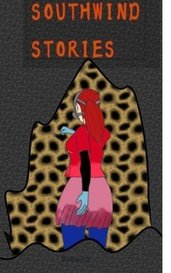 Follow Ruby Fire on her day to day life as she goes through college to try and become a teacher in Southwind, a city full of a lot of crime. Luckily, Ginger Attack is one of the few who willing to ...

Action / Other by Rebecca • Ongoing • 1 chapter

First, let me just say that I love this story and I cannot wait for the other.
Now onto the actual review.

Adlet is a very interesting main character. A noble who wishes to help those who everyone else considers cattle pretty much. Though I will admit, it does seem at the beginning and in little bits throughout the story that he is still doing it for similar reasons to Simon; he's in love with the glory it will bring. He is learning to be a leader when there are others that would be more well suited. He recognizes that by making a sort of council with others in the outlaw group. That helps him get past the romanticization of the idea of this rebellion of his.

I do like how you kept his father in there with him, and I know the books are not comparable, but it reminds me of Wicked: The Life and Times of the Wicked Witch of the West and how she kept her grandmother with her throughout the end of the story. It also made it seem though Adlet was still trying to hold on to some semblance of his old life despite the fact that his old life is null and void, something I think he got smacked in the face with Cousin Hector coming in.

One final thing I will say that I like is how you have them using magic and in a very monstrous way. Using blood.

In almost all media, using blood magic is something that is considered taboo, but in this world, it seems to be a common practice, and the blood in question does not come from the mage using the spell. I do hope this is touched on more in the next book though.

Overall? I loved this book. I can't wait for more.

Ok. I'm probably gonna phrase this review weird, if it is, my apologies.

First. I do like the world in which the story is set in. The strange powers that be, the demons pretty much trapped, the secret societies and such. It's a good world that we get ideas about mainly through the dialogue.

Second, the characters at the beginning felt somewhat emotionless, but that fixed itself throughout the story and I could tell the characters were emoting at the end. Such as Aryan crying over Dimisha's body. You could feel the emotion in that area.

Third: here will be something I think could be worked on for the next story. I will try not to touch on things other reviewers have so you're not just getting the same thing over and over again. One of the biggest things that I think could be worked on is the fact that this, in some places, read like a script for a play, not a story. This could be fixed by adding in more detail and more character action. For instance "Dimisha noticed the earrings hanging from the receptionist's ears, and made a mental note of it. Anything could become useful in her quest and as such, she would need to make note of it." or, "Aryan cradled Dimisha in his arms, his body trembling. She couldn't be gone. She just couldn't be! He ran his hands through his hair, trying to get any kind of reaction from her. He didn't even realize his tears were falling to her cheek. "Dimisha speak to me, please. P-please, speak to me..." His body shook with his sobs as he held her body close to his own".
Stuff like that I think could have helped. As said, it was in some places in it, so not every signal chapter was like that.

Four: to end it, I will reiterate what I said in the first point. I love the world. It made for an interesting story. I can't wait to see what other stories you will come up with!