Just a writer looking to get discovered. I write fantasy stories and poems. Have fun reading! 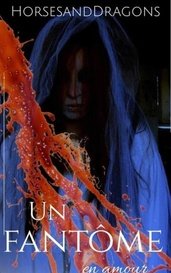 This story is written in French! I will not provide translations! Cover photo credit goes out to Book Covers by Desygner, I used their app to make the cover. Description: - Je t'aime beaucoup, m... 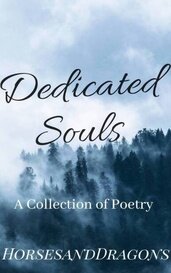 Dedicated Souls: A Collection of Poetry

Hello everyone, This is a collection of poetry that will make you laugh, scream, cry, get angry, turn sad, and touch your heart. Poems help us see within ourselves and open up our souls no matter ...

Poetry / Other by The Romanian Queen • Ongoing • 20 chapters

A Battle for the Crown

Alessandra Lake is a human with no family. She was swept away by Alpha King Stephan Drake under the pretext that she is his Mate and subsequently becomes the Luna Queen of the Werewolf Realm. Howev...

Pretty good so far! It can use some editing (grammar and punctuation), but it is otherwise awesome.

I like your story. It's very sweet and the characters are very interesting. Keep it up! I especially love Kiara because she is a very thoughtful and loving person. She deserves the world by how much heart you gave her. Elijah seems like such an annoying and pig-headed person, but I'm sure that once he gets to know Kiara better, he will soften up a little more.

As next steps, I would work on making your writing and ideas flow by adding transition sentences and removing onomatopoeias (ex: "ring ring" and "knock knock"), frequent time skips, and POV changes that may disrupt continuity in writing. It was kind of hard to read the parts where the characters would be in their own thoughts(shown via the use of asterisks). Maybe it is just me, but I think that when writing in the third person, using description even for characters' thoughts and feelings is a way to make writing flow, unless maybe you could put the parts where they're in thought into italics. For example, instead of *he was so gorgeous and sweet, she thought,* maybe write, she thought that he was so gorgeous and sweet.

I also noticed that you frequently switch from present tense to past tense, and vice versa, in your writing. You might want to stick to one for the sake of uniformity, so some editing is needed there. In addition, I think that your story will benefit from more descriptive writing and focus on building relationships between the characters, because I found that some chapters felt rushed. Adding more detail can really enhance your writing and its impact.

Thanks for the lovely story, cannot wait for the next chapters! :)

AS AWESOME AS ALWAYS!

AS AWESOME AS ALWAYS!

Save for minor typos and errors, it's brilliant! I can't wait to read more.

So far so good!

Great plot and suspense so far!

As a next step, I suggest editing before posting (grammar, punctuation, paragraph breaks, transition sentences, etc) so as to make reading easier and so that the story flow better.

I originally read this book on Wattpad, and you made it even better! I absolutely loved it (that's why I went searching for it :)) I applaud you!

I absolutely adore your book! Your characters are very well developed and I appreciate the amount of thought you've placed in creating such a detailed setting. I would say as a next step, to describe what the characters see, as in, descriptive writing. Try to "show" not just "tell."

Your story has potential!

I like your story so far since it's whimsical and funny. It's nice to see a new take on the highschool/college story setting genre, especially with Kyomi randomly getting her life turned upside down by her love interests and their questionable motives. If I were in her shoes, I would've already collapsed from some of the pressure, yet her internal rants and, I dare say, the weirdness of the others around her, seem effective in both keeping her together and annoying her to no end.

As for next steps, I would suggest editing before posting and focusing on detailed character and plot development rather than the minuscule details that may not be needed, such as what Kyomi does in the bathroom, unless what Kyomi did in the bathroom hints to something important.

I saw your announcement about editing once you are done posting a chapter, but the grammar and punctuation mistakes can be distracting. Frequent P.O.V. changes, frequent breaks with time skips, and missing transitions between paragraphs, make your writing choppy, so your ideas and the emotions you may be trying to evoke are not as effective as they could be without a smooth delivery. I would also suggest building up your characters' personalities early and not breaking the "fourth wall" as often. I understand that it's part of Kyomi's comical personality, but I feel that character development for the main characters, both for themselves and in relation to all those around them, is extremely important in creating an engaging plot.

All in all, really nice! Do continue writing! Don't stop!

Keep going! It's getting good!!!

Aside from some grammar and punctuation errors, great book!

Very beautiful story! I adore your use of vocabulary and your writing flows so easily. All I have to say as a next step is to do some editing, including punctuation and separating paragraphs. Do go on writing!