Check out the Enemy Lines Series or the Meeting Mickayla Book Trailers on my YouTube Channel! ↡ 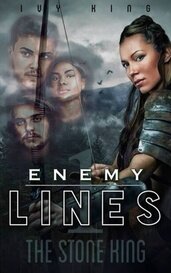 (18+) BOOK 1 IN THE ENEMY LINES SERIES Callie Sterling lives in the village of Redwood, known for the names of the massive trees concealing them from outsiders. Blacksmiths, potters, traders, hunt... 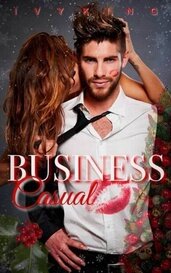 (18+) Evie Becket, just experiencing a divorce, moves across the country to her hometown of Burlington, Vermont, just in time for the holidays. Avoiding her parents, sister, and brother-in-law expe... 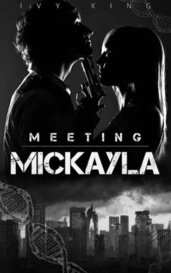 (18+) Surviving the aftermath of a fatal, fast-spreading virus, finding her cousin Rebecca, and getting to the coast, are the only missions on Mickayla Manetta’s mind, after the tragedy’s she’s suf...

Enemies To Lovers is my fav!

This has been an amazing read so far and I would highly recommend it to anyone who loves the Enemies To Lovers trope like I do! Nova is an amazing author in general but she does an exceptional job at building tension between these two characters creating a swoon-worthy dynamic! 🫣❤️‍🔥🌶️ As always, I look forward to future updates!

So I’ll start with the pros. (15 chapters in) This book has a way of making you root for the main character Toby, even though everyone hates him because of his past. The fight scenes are incredibly different with limbs, flying everywhere and arms regenerating, and I think the descriptions of the fight scenes were well written, for the complicated powers the characters had.

Cons: I don’t know if there was a book before this one and this was a sequel, but I couldn’t help but feel like I was stepping into the middle of something. Kind of like when you start watching a movie that’s already halfway over so you’re confused. Like the table he ate to gain his powers? Is that literal? Like a literal table? Also there were some inconsistencies with character descriptions that I found a bit jarring.

All and all, if you like action and fight scenes give it a shot.

This has been an eventful read for sure! I love how the author portrays all sides of the story, so you’re really able to get inside everyone’s thoughts and emotions. It makes each argument extremely compelling because everyone believes they’re in the right. You can tell they’ve put a lot of effort in to researching the times their book is set in. I will definitely read more as the updates come!