I'm not a professional nor aiming to be. Writing is just a hobby I do for fun and it helps me relieve stress. 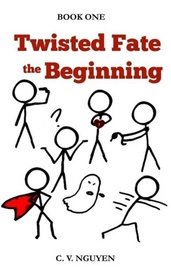 Kermit loses everything. Flanagan knows the truth. Alroy sees the paranormal. Russel has a secret. Nathan saves a life. Silvio is not important. Book one in a coming of age series following the li...

Drama / Other by MillieWin • Complete • 31 chapters 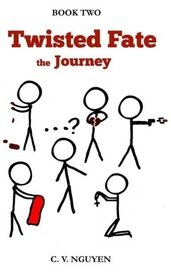 Drama / Other by MillieWin • Complete • 31 chapters

The summary alone had me hooked. The writing itself is impressive. The author is skilled at pulling readers into their world of imagination. The characters and situations are relatable and realistic. The author is skilled at writing with such detail, I feel as though I am there in the room. The story has a tense vibe to it, but the subtle sarcasm and humour provide the perfect comic relief. Despite only have read the prologue and the first chapter, if I had stumbled upon this book at my local book store or even on my Kindle, I would have indeed added it to my cart. The only thing stopping me from reading further is that there are currently no other chapters available. I definitely plan on following this story to the end and look forward to future writing projects from this author.

I usually have a hard time reading in the third person, but didn't experience any difficulties with Wardens of the Worthy. From the first chapter, I was hooked. The story is well-rounded and flows at an even pace. The scenes captured the right amount of detail and I didn't feel overwhelmed nor the need to skim ahead. I think this is a rough draft, but even so, very well written. Only a few issues with grammar here and there, but nothing close enough to distract from the story. The only thing that did sorta bug me is there are times where words are used repetitively and I think possibly adding some synonyms would easily fix that issue. Oh, and I dove into the story thinking it was complete so I'm a little like "grrr" due to wanting to read more hehe... Patience, I know. This novel has become one of my favourites and I will continue to read the updates. One thing I really have been appreciating is the character growth throughout the story. It has been pleasant seeing how Svava has changed since chapter one. She is Valkyrie and understandably proud. Even so, It's wonderful to see her go from wings spread out and looking down on humanity to rolling around in the rain and mud. It makes her character so much more realistic. Great job and I look forward to the upcoming chapters!

I loved it. I just got to start by writing that. This story has such a strong beginning and captured me instantly. I said to myself as I was reading that if I had stumbled upon this book as a teenager, I would've bought it. The humour, oh my gosh! I laughed out loud so many times, and I had to cover my mouth to stifle my giggles as not to wake up my baby. I'm not very good at writing reviews, but I'm going to try because I have a lot going through my mind with this story, but I'm not very good at expressing my thoughts. So here goes...

It's corny. I am not going to lie. There are quite a few corny and cheesy scenes, but it's not over the top. It's like just the right amount of corniness. Which I appreciate because I like corny. A little corny. Not too much. When reading a romance, it's nice to get that fuzzy feeling in your gut that makes you squirmish and, as an adult, takes you right back to when... just accidentally brushing shoulders with your crush made your head explode with fireworks. This story definitely hits those feelings on the mark. I'm actually very picky with romance novels, and most romances fail to hold my attention, but this story delivered a romantic slice of life on a gold platter. So, bravo there.

This story has a few hooks. The first is finding out why Andy is self-conscious. I caught on right away when she wore her hood to the dinner table, and her dad made her take it off that there was something up. To be honest, I was a little disappointed that I found out rather quickly that it was due to the birthmark on her face. I felt like the author could have kept us in suspense for a little longer. I love suspense, and I don't enjoy it as much when I feel like all the answers are handed to me. Granted, I suck at figuring things out, but that's what makes it fun.

There are two types of books. Those that force the reader to rack their brain and read in between the lines and those that give the reader all the answers without them having to put in much thought. For the birthmark, it was the latter. I feel like it would've made a more enormous impact if there was a scene of Andy maybe being bullied about her looks, which would really make the readers wonder what's wrong with her face? Why is she being picked on? Then, doing the reveal of oh, she has a birthmark that would have triggered anger and sympathy. Yes, there are bullying scenes, but we are introduced to these scenes already knowing about the birthmark. So, while yes, it still made me upset, it just wasn't as powerful, if that makes sense. Did it take away from the story? No, not really, this was just my thought as I was reading, because honestly, for me, finding out so quickly about the birthmark, I did lose a little interest, but the second hook kept me going.

Andy's dad and the Tetamores. Seriously, what was the feud? I was so hooked on finding out what happened that the Tetamores names couldn't even be mentioned under the Sharpe's roof. That was the major hook that kept me reading.

Sorry if this review is so scattered. It's because my thoughts are scattered. Let me see... grammar and punctuation! Okay, I will admit that sometimes the grammar distracts and breaks me out of the story while reading. I do believe that this story needs some more editing. All are simple fixes, really, so I only took off one star. I understand that this story was written around the time I was born, and grammar has changed significantly since then. I started writing in the late 90s myself, and many of the rules in writing that I learned no longer exist or have changed. However, I feel some things should be addressed, such as starting a new paragraph when a different character is speaking. There were times while reading when I had to reread the same thing two or three times because I couldn't tell who was talking due to how the paragraphs were organized.

I mentioned earlier that the story has a strong beginning, but the middle didn't have me as enthusiastic. This is my problem, though, and it is no fault of the author. My high school was very BIG on Shakespeare. Every year we went to the theatre to watch Shakespeare. Every year we would put on a play by Shakespeare, and every year, we would read the plays and watch the videos. I still have my copy of Romeo and Juliet from high school. I know Romeo and Juliet like the back of my hand that I was reciting the lines at the top of my head as I read the chapters. Unfortunately, that made those chapters somewhat dull for me. It was very repetitive. I understand the author tried to do the rehearsals as realistic as possible, which he did nail it because yes, that definitely took me back to my rehearsal days, but it was a little too much.

I personally don't think it was necessary to have that much dialogue from the play. It made me groan sometimes. I understand how Romeo and Juliet connect to the family feud, but at the same time, if I wanted to read Romeo and Juliet, I would just read the play. I was more interested in reading about Andy, Dan, Mari, Fer, and Cornsilk. The author created such a fantastic cast of characters, but I felt like they were sometimes overshadowed by Romeo and Juliet, which was a shame.

Lastly, I did find that the dialogue, in general, didn't sound like ordinary teenagers. As I was reading, I compared how the students talked to that of when I was in high school, and I remember laughing to myself and saying, "wow, we must've been very uneducated," because we were so immature. The way the characters spoke, I pictured them more to be at the college or university level and sometimes had to remind myself that I was reading about high school students. There were times when the characters acted immaturely, but for the most part, they were very adult-like. I did read the author's note at the end, and he mentioned that he's aware of this, so I'm not going to say anything further on that.

Overall though, a very heartwarming slice of life romance. Is this a story I would talk about to friends? Yes. Would I reread it? Yes, but I would skip some chapters with the theatre rehearsals. I'm delighted to have had the opportunity to read this book, even if it did keep me reading up until sunrise.

A lot of potential

Not a bad, but feels like a rough draft. I recommend some more editing. There are words missing in sentences, misspellings, and parts where the story shifts between present and past tense. Unfortunately it's distracting and I was frequently broken out of the story.

The main idea is good! For a mystery, though, it was a little too predictable. I pieced together everything rather quickly. I would suggest adding a few curve balls to throw the reader off guard and suspect the wrong characters.

From the moment I began reading I couldn't stop. The author did a fantastic job. I really felt immersed in the storyline. So much so that I couldn't believe the story was over. I love the writing style and techniques and the poetry was deep, dark, and beautiful.

This story is heartbreaking but amazing. The writing is beautiful. The author has magnificent talent at discription and the imagination that went into this is just wonderful. I only wish the story was longer. The ending made me sad, but the story is well worth the read.

I love the main idea of this story, as well as the characters and description. There are a few grammar errors that distract me, but I think this story definitely has potential. Can't wait to read more.

This story hits hard in certain places. I like the overall plot so far. Yes, the story does need some editing, but it's all easy fixes. I've read up to chapter two so far and would like to keep reading. This is actually the first story I'm reading about a boy and his dog, so to me, it's different, and I'm curious where it leads. I find the story relatable as I spent a lot of time growing up in a forest. The story so far has a Gary Paulsen type of feel, and I quite enjoyed his Hatchet series.