I'm just a cool mom, writing and reading stories in my spare time! Check me out on Wattpad! I have the same username there. 🖤

Luminous is a book that fans of fantasy won't want to miss!

First, the cover of this book is stunning. I love the style and the aesthetic. It fits Luminous perfectly.

The action is plentiful and well written, and the imagery the author has created is vivid and detailed.

Meya is the type of main character that a reader wants to be. Despite her status as something of an outcast, she's witty, brave, and funny.

The writing is gorgeous, but at times I felt that the tone shifted from formal to informal language, pulling me out of the story a bit. For example, I'm not sure that words like "weirdo" and "hunk" belong with more formal language like "betrothed." I don't think all fantasy novels need to be written using old-timey dialect, but I do think it's important to be consistent with formality choice.

Grammatically, there are some errors and issues with sentence structure. Both this and the formality of the language can be easily fixed when editing.

The dialogue gives the reader great insight into who the characters are. The author does a wonderful job of showing instead of telling; however, at times, I wished the dialogue was more snappy and fast paced.

Overall, this book has been so much fun to read, and I think that any fantasy fan would agree.

I have really enjoyed this book so far!

The characters are interesting and well fleshed out (and I do mean that in more ways than one). As a whole, it's a very intriguing mix of sweet and sensual.

I read this book as a judge for the romance category of the 2021 Coalition Awards. This book came in second place, and it definitely deserved the sport. The title fits the story well, and the characters are fun to read about. They feel sort of larger than life, and the circumstances that bring them together have a tv drama feel to them. What I mean to say by that is that it sort of reminded me of a k-drama, and I mean that in the best way possible! Where this lost points for me is the writing itself. There are quite a few grammatical errors, and a lot of the time, it feel like many words are used to describe something simple. For example, in chapter two the opening says, "...the Juguar hurried past us in a hurry" or something along those lines. That particular line stuck out for me because I feel like it's a good example of what the focus needs to be on in the editing process - simplifying the language of the sentences to make for a less clunky read. I do think, however, that with some editing, this story will be a big winner, and I enjoyed it overall.

I read this story as a judge for the romance category of the 2021 Coalition Awards. This story took first place, and it was well deserved! It's fabulous, and the first chapter alone is just stunning. I was enthralled through the entire start. It's reminiscent of Rice's Queen of the Damned but is also entirely unique. It's certainly a fresh spin on vampire lore. Truthfully, I found myself wishing that the following chapters had the same vibes as the beginning, but I think the switch in tone is perhaps intentional on the author's part. In order to avoid spoilers, I'll just say that I found a lot of what happens to the main character after losing her memory to be shocking and heartbreaking. My only criticism for the story is that there are a number of technical errors. It doesn't;t detract from a positive reading experience, but I do think a good proofread would do it wonders. Overall, I thoroughly enjoyed this unique tale!

Mocta fuses mystery with fantasy and romance. It's an enjoyable story that keeps readers wondering.

First, I love the cover! I like the color scheme, and I think it fits the book well.

This book's biggest strength is the characters and air of mystery. Khaliah is relatable and endearing while Ethan and his secrets keep the reader intrigued and wanting to know more.

Mocta's biggest weakness, however, is that it is in need of some good editing.

There is a lot of telling being done where showing is more appropriate. For example, from chapter 7, the author wrote "Noah is the guy in your friend circle who's always flirting." It would be more appropriate to show the reader that aspect of his character overtime through him flirting with the girls in the group.

Mechanically, there are also some real issues with grammar throughout, sometimes distracting from the plot.

For me personally, the POV also shifts too often. I don’t mind when POV shifts to different characters, but when you switch from third to first person, the change can be jarring and awkward for readers. I think this book would benefit from cutting the sections that are third-person omniscient in favor of first person which seems to be the author’s strength.

Ultimately, I believe Mocta has really great potential, and I look forward to seeing where the author takes the story.

The Untold Forest has one of the best openings that I've ever read on this app. Seriously, it’s so good.It reminded me of Christina Rossetti's Goblin Market in some ways. I don't want to leave any spoilers, but it stuck with me.

The premise of this book feels fresh, as the forest in all of its darkness and mystery looms over the reader throughout, and the POV shifts allow for the perfect amount dramatic irony.

There are very few grammatical errors, making it easy and enjoyable to read.

The very best part, however, is the cast of characters. Hakken isn’t like any other main character I’ve ever read about, and I'm so invested in Maeve's fate.

My only complaint is that I sometimes felt that the POV shifts too quickly because I wanted to stay in the mind of certain characters during a few choice moments. All-in-all, I highly recommend this one.

Let me start by saying that this was a very enjoyable read so far! It’s fun! I love EXO, so I was very excited to see this title in your list of stories.

I do think you may need to do some proofreading. For example, in the summary, it says “One day explorer Lay left unexpectedly left without telling his friends…” There are a number of similar instances of typos in the summary and throughout the rest of the work. There are some missing commas and sentence fragments. While I don’t subscribe to the idea that every sentence in a work must be grammatically correct (taking into account an author’s unique style), I do think the use of commas in compound/complex sentences could improve the readability here.

Your characterization of the boys of EXO is nicely done! Through the dialogue, the reader is able to get to know each member’s personality. The interaction between the characters is well-written and often hilarious.

One thing I think you could improve upon is the physical descriptions of your characters. Instead of writing them in one sentence using serial commas to list their traits and clothing, consider breaking it up and being more detailed. Too much information in one sentence causes it to turn into a run-on sentence that is awkward to read. Show the reader instead of telling the reader. (e.g., turn something like “...yelled the shortest but loudest member with blonde hair, white jacket, grey shirt, a black trimmed hat, glasses, and green shoes.” into “..yelled the shortest but loudest member. He pulled his black trimmed hat off of his head, revealing a crop of blonde hair. Returning his hat, he adjusted his white jacket that sat nicely over his expensive-looking grey shirt. His green glasses were the perfect match for his green shoes.”)

I think the concept is creative and interesting. The planet names are very funny and fit their inhabitants well. It’s a great way to bring two music acts together in a fresh, new way.

Despite there being only a few chapters posted so far, I can definitely say that this is a great read!

The setting is very nicely constructed and true to period, and the characters are well written and lively!

I’m excited to see what happens with the Marquess!

This was a very enjoyable read!

I'll start by saying that as a big fan of Jane Austen, I was expecting the plot to align more closely with that of Pride and Prejudice judging by the title; however, the characters, setting, and overall story structure are fresh and interesting.

I really like that Eve is a strong female lead. As a CEO, she's witty and commanding without being too bossy.

I will say that I agree with other reviewers regarding first-person narration. It's really a matter of personal taste (and I admit that it's very difficult to write in first-person POV), but it reads like a quick summary of events sometimes instead of a more fleshed out scene. This is an easy fix.

That being said, I do think this story has great potential! 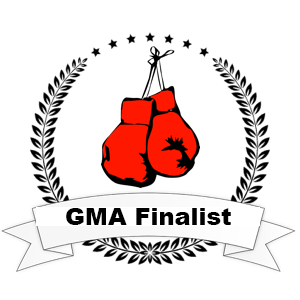