Before I was Born

In a dystopia future, Eternal Albion raise their sons to be Soldiers and their daughters to be Mothers. Alexandra is a Perfect, destined to be a Mother, which she looks forward to, until, little by...

SHORT STORY - Her skin is a translucent, bluish silver colour that sparkles like mirrors under the water. She has no brows or lashes, her eyes are round and silver, her lips are full, her cheekbon... I have seen wars, peace, thousands of starry nights and I have not seen a woman, not felt about a woman, like I feel about you. I have sat and watched as the human race has destroyed itself because... 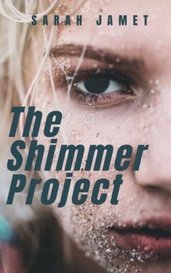 Triplets Eris, Vidgis and Concordia are mutants. They were born in captivity and treated like lab-rats. When they break out, they find themselves in modern-day San Francisco, but their powers are s...

ONE SHOT - Love at first sight I of the Storm

This is a story about love, forgiveness, strength, passion and hope. A story about a girl rebuilding her life after it was violently taken from her. About a man who lost his wife, and seeks comfort...

The Seeds we Sow

SEQUEL TO RAISED BY VAMPIRES Alexander Night was a vampire prince. Banished from his vampire society, now he's nobody, hiding in the shadows, waiting with his family for the punishment to be lift...

It's a great start. I like the premise of the story, 91 days to live. I think the author can definitely dig deep into some interesting ideas: depression, living each day fully etc.
I also like that the relationship that's centre in the story (so far) is the one between father and child. I also like the style of the author who dives straight into the crux of the story and doesn't overload the readers with detailed descriptions of each character and their clothing.
I'm interested to see where the author will take this story :)
Don't forget to edit :)

Ahh, cliff-hanger ending! I'll have to read the next one now :D
As far as vampire and angel lore goes, I'm always down for it and I was down for it in this book too.
An original story, well told, fantastical, dramatic and romantic, I really enjoyed reading it. I thought it was well-paced, well-written and the characters were intriguing, attractive hehe and they had a comprehensible depth to them, decisions being made, made sense to me.
I def recommend this book for all vampire/angel lovers and I'm going to continue onto the next book!

Well written, full of gore, horror and fantasy with a hint of romance and innocent, I really enjoyed what I've read so far! I admit it's not at all what I expected, a lot more gore and violence.
I really like how the characters are described and the pace of the story. Each character is well defined and their behaviour totally understandable. I enjoyed ready Eleanor's passages, enjoying her personality and thought process.
My only note, and perhaps this is just me, but I feel confused about the world they're living in, witches, vampires, demons, ghouls etc. I understood that they aren't mainstream, but I would like to know more about them, how they are there, what their abilities are, where they're from etc.
I'll be ready more when you update! :)

I really enjoyed the prologue of this story, it was my favorite part, well-written, well-paced, captivating and downright freaky! I was really hoping for that scene to be continued or developed further at the story but it didn't come back, that was a shame. Maybe it will in the next part?
I enjoyed reading this, the premise of this story, though not original, is very freaky and well constructed. It reminded me a bit of Coraline during the first nightmare sceance, which I liked.
I did have problems connecting with the main character, especially at the begining, he was quite egotistical, bit of a smartass and seemed unable to empathise with the people around him (though, being a teenager, that's realistic). I was happy to see him take on a more protective and braver attitude at the end.
There were a few grammar issues and typos in there, but easy to fix when you're editing.

The first thing that I really liked about this story was the setting and the world that the author has created. Set in a sort of modern, post-environmental apocalypse, segregated world was a really interesting and fresh view of element wielders. The author gives a lot of details about the surroundings, people and clothes (I(m not sure I need to always know what everyone is wearing though) so it's really easy to imagine this fantasy world and get into the story. I definitely imagined the Shadow Realm like the Upside Down in Stranger Things. I also liked the characters and the playful, flirty friendship between the two main characters. And there are some interesting ideas that I can't wait for the author to develop (discrimination against fire wielders for example).
I'm going to keep reading :D

I liked the originality of this story in it's setting. The characters were interesting as well. And the play between, the characters was fun to follow.
I admit I had difficulty reading it because of the way it's punctuated and the spaces between the paragraphs.
I think a little editing and some more time spent on descriptions could be beneficial.

I really enjoyed reading this story.
A retelling of the story of Persephone and Hades through modern-day characters Penny and Haze. I really liked the slight allusions to the mythology and but also the author's fresh take on the story.
The author takes her time with the descriptions and character development. The story is well-paced, it doesn't feel rushed or too stretched out and the technical writing skills are spot-on!
I am excited to keep reading this story to find out more and follow along on Penny and Haze's story.

Scorching on the rocks!

I am really enjoying reading this story. Well-paced, good character development and man, is it sexy! The tension is palpable. I can't wait for the next update :)

Fast-paced and interesting turn of events

This story surprised me! In a good way :)
I found it very fast-paced but also subtle in its construction. It enjoyed the take on the werewolf world, but my favourite was the main character. I was frustrated at times, reading the chapters and not quite understanding what was going on, but as I continued to read, I understood that it was the MC's vision of the world and that it reflected her condition. Very well done.
Also refreshing to have a story that wasn't centred on a broody alpha.
Don't forget to edit :) 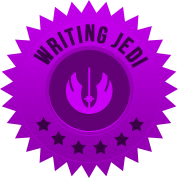