". . .Everything in life is writable so long as you have the outgoing guts to do it and the imagination to improvise. The worst enemy to creativity is self-doubt." ― Sylvia Plath 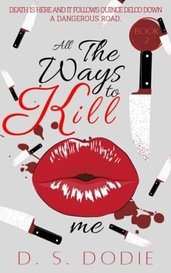 All The Ways To Kill Me

There is a killer in Kingston. With four already dead and citizens throwing the blame at her, Quince must figure out who the killer is before it's too late. Especially since she's receiving death...

All The Ways To Love Me

Prior to the death of her mother, Quince's goal is to graduate high school and leave behind the small town she grew up in. That includes her alcoholic father, memories of her mother and students wh... 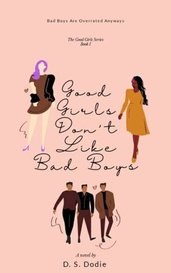 When Abcd's mom gets engaged to a poolboy in the small town of Winston Long Island, New York, and chooses to move in with him, leaving their life in Georgia behind, Abcd has no choice but to tag al...

Firstly, good story so far. It looks like you had a lot of fun writing this book. Once completed I recommend doing a read over. There are a lot of grammatical errors that needs some fixing. In some chapter it felt slow and I lost interest while in other chapter it felt refreshing and interesting. Try to keep that flow of freshness. I felt as if there was too many moments of the MC explaining things. Overall, nice job. I look forward to seeing the revised work!

What an incredible read. I'm honestly in love with this book and it barely even started. I can't wait to see how this story ends.

If you're unsure about reading this book, let me stop those doubts of your right there. Read it. Every chapter lures you in without mercy. This book is going to be the next big thing!

Also, a message to the author: have you considered posting this on wattpad? It's so good!

I'm glad you reached out to me to read your book. It's one of the best books I've read on this app.

If you can't tell by the title, this story is filled to the brim with mystery. Only five chapters in and I'm excited to see what'll happen next! What ever you think you know about this town of mystery is wrong because I can already see that there's a bigger mystery unfolding. Yay!

Just a note to the author: I loved your use of "big words". Like, yes! My vocabulary is about to increase! The one thing you need to work on is grammar and punctuation because at some points it's all over the place. Also there's repetition of words. Like I'll see a character's name 3 times in just one paragraph. Mix it up a bit. Try to use "she/he" instead.

Overall, this story is so good. I mean, it's written so brilliantly. Once read over and edited, it'll definitely be the next big thing. I'm excited to read more!

I've only read two chapter thus far and already I'm intrigued. You have quite the way with words and a wonderful and unique story here.

I'll definitely be reading more from this book in the future.

First and far most, you got some potential. Like sooo much potential. What a very unique and authentic idea you got going on here.

However, there's quite a few things that needs fixing. Grammar and punctuation. A nice proofread will do the job. If not I recommend using Grammarly. It's what I use sometimes.

From chapter 1-6 (that's all I've read so far) I've noticed and felt as if the characters were lacking. You need to work on them. When I read, I want to see that the characters are "real" and authentic. Right now, they seem fake and robotic. Without that flow from the characters I'm unable to feel that suspense and fear. I left notes for you in the comment section.

I loved the pace. It didn't feel all over the place. There was a lot of mystery and I think you structured this pretty well.

Never stop writing. Read for reference and start editing this book. Once polished, I have no doubt that this'll be the next best-seller. Wonderful job.

Firstly, I've read up to 5 chapters and within those chapters I related to the protagonist more then once. Dealing with your sexuality in an emotionally, physically, and abusive home is hard and I feel as if you really tried to show us, the readers, that. Whenever the protagonists returned home, it was like he was entering hell, leaving all hope he had outside on the lawn. You could see his suffering. Thank you for sharing a message of pain, love, and healing.

Now, here are my suggestions about things you should consider trying to edit!

Continuously throughout the first 5 chapters, the protagonist is always telling us about a person instead of allowing the reader to form their own opinion about a character. Show, don't tell. Don't tell me Sidney is a messy person. Show me his messy room or messy locker. This'll help to make your characters seem more "real" because they felt super robotic.

Also, it may not seem like it needs to be done, but please do your research about emotionally abusive parents and apply that knowledge into Nico's mother and father. I promise you, they will seem more real and more evil then they already are. Allow the reader to see how degrading and manipulative they are. Maybe they're narcissistic? Who knows? Just try to make your characters more realistic instead of so stiff and robotic. If you read the comments I wrote in the story you'll understand what I'm trying to say.

Just as you would look up traits of narcissistic and emotionally abusive parents, look up traits of victims of an emotionally abusive parent and stick them right into Nico. As someone who's come from that sort of household, you don't realize you're being abused. It's just something normal until someone calls it out. It hard to acknowledge it and talk about it. Appeal to the readers emotion. Let us empathise with Nico at his lack of knowledge of the abuse.

Ryan is like my favorite character thus far. I love him, but I hope that he doesn't "save" Nico. I hope Nico saves himself. Break away from the cliche! I love this book and I'd hate for it to be another boy version of the typical jock saves abused girl.

Your message is so beautiful and I just want to personally thank you from the bottom of my heart for sharing this story with the world. It has my heart and my ultimate respect. Keep writing, reading, and edit, edit, edit! Never give up because you are an amazing writer. After a good polish, this story will be a masterpiece.

After reading 5 chapters I wasn't disappointed by this story. A lot of interesting and surprising things happens that sparked my interest and made me want to keep reading.

At times it's hard to stay hooked because of these long detailed paragraphs about characters or history lessons. Those can wait. In the beginning of the novel you want to focus more on building your world and getting the reader to keep reading. As they gain a love for the story introduce facts about cultures into the novel progressively. Not all at once. It's overwhelming is what I'm trying to say.

I've only read that first chapter and prior to the ending I can already tell this book is going to be an emotional rollercoaster! Just a few points and tips: this chapter was super long for reasons being that there were some (in my opinion) pointless dialogue or details. Descriptions of every day objects are overly described in a long paragraph. Try using simple and distinctive words that'll help to get your point across more thoroughly so you can avoid creating paragraphs like that. There were minor grmatical errors and I think just work on the flow of the story more during your writing process. Overall, so far so good and keep up the good work. I'm excited to read the edited version of this book!

If you like Twilight Zone, this story is for you! Just reading the first chapter alone I was surprised and equally intrigued at the direction the story went. The book has a lot of potential, however there are many filler words and repetition that limits the tone and mystery that I would've loved to have felt while reading. Once completed and heavily edited this story will be better then it already is. I'm excited for the future of this novel!

This isn't a review of the whole story. It's merely a review of the first 5 Chapter that I read. It's definitely not your average cliché, however there was a lack of skillful writing, grammar, punctuation, flow, and tone.

The first thing I want to bring up is characterization. Some of your characters felt "unreal". I use quotes because they are unreal, however a writer's goal is to make them feel real to the reader. You definitely need to work on this just a bit. Don't get me wrong, there were those moments where I was like "oof, same" but as a whole they were lacking in personality. There are many ways in which you can build your characters, so I recommend just doing some research.

Another thing is the sentences, vocabulary and grammar. They feel slightly sloppy and doesn't create a smooth flow for readers (or maybe just me). I'd say try reconstructing them. Also try broadening the vocabulary just a bit. I remember reading a chapter in Vanessa's POV and within just a few paragraphs she said "he's my best friend" far too many times. There's a saying that when you repeat a word too many times it begins to lose its meaning. Repetition of words or phrases that doesn't fit with the plot cause one to lose interest. So, I guess just re-wording or just chopping some sentences down can really go a long way.

Then, there's tone. A lot of writers find it hard to set a certain tone in their chapters. I even find myself struggling with that sometimes. Something that really helped me with setting the tone in a chapter was vocabulary sheets. In my junior year of high school my English teacher use to give us pages of vocabulary that we would see in the novels we'd read in class and we'd have to write how the use of those words set the tone in the book. Maybe try looking up something like that online? Even a YouTube video goes a loooong way.

Show don't tell. Throughout the first five chapters you'd tell the reader that "so and so" is mad or nervous. Nah, don't tell me. Show me. A flared nose, balled up fist, clenched jaw. You get what I'm saying? A lot of writers struggle with this but it's so important to NEVER show the reader anything.

Overall, I think you've got a gem here. After a thorough polish it'll definitely be up there. Keep learning, revising, reading and writing. I have no doubt you'll begin to see the growth of your skills as a writer. These are merely suggestions. Don't take them to heart. I think your story is good, but it just needs some extra work. I can't wait to read the edited version. Good job!