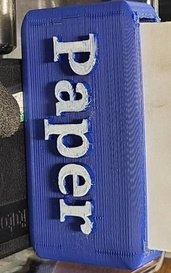 I found the story rather simple, the characters formulaic and without any real depth. The storyline is ok but the "how" of Rachel arriving does nothing for the story. In addition the actions and reactions of the military/civilian characters is poor and not thought out. As creatures on this planet we are fairly smart and adjust well to even the worst circumstances. For instance, England and Scotland both still have Castles, built to withstand armed sieges, these would be practically unassailable by the Glombies and easily defended. Probably find nice caches of armor and weapons that would come in real handy in that environment as well. Humans would quickly devise plans to deal with the infected. Boat horn off shore, leading masses to ambushes where you could burn them/shoot them/ blow them up without taking casualties yourself. Apparently these are the "28 days" types. Two weeks without additional humans to turn and the area would be clear.

As well as the industrial areas...imagine how quickly vehicles could be converted to deal with this situation. Tracked horrors with spinning blades and enclosed cabs, flame tanks, one Cheiftan tank could draw piles of the Glombies and run them over for hours in the open without slowing or needing anything (until it runs out of fuel, need a team to do that). Squads of soldiers with automatic weapons and horns calling out massive waves and mowing them down, some engineers to bury them, some riot gear MP's to clean up the stragglers and a town is clear.

Without range weapons and tactics an infected horde would just be a matter of supplying munitions and consumables to troops (and almost any military storage facility has enough to take care of gibbering hordes of flesh). Modern weapons are truly terrible to behold against humans. This is why the frontal assault is basically impossible against any modern army. One M2 could literally mow down a human wave of thousands from a mile away, not to mention Vulcan guns, rapid fire flechette cannons, HE and Napalm. Even a slavering mob of hundreds of thousands would be mowed down if a platoon had the ammo and modern equipment. Not to mention if they actually outfitted themselves for the task. People in cities would be initially shocked and quite possibly some areas would get overrun, but not a military base with active duty troops and armaments for modern war.