All of the people in my head decided that they would make an entertaining story. Follow me on Tapas and IG. P.S. Please don't spam my wall, thanks. 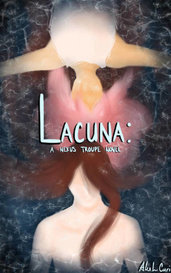 Just when Suri McAllister had decided to live, Phoenix decided that she needed to die. With the help of Troupe Members- individuals with peculiar abilities called Aptitudes- she now has to fight fo...

The story "Cupid's Heart" by @Boo is a story driven by a captivating concept. There's something wonderful about a fem-fatal seeking vengeance on the world of men by using her seductive nature. It's the kind of concept that makes me want to know more.

Who hurt her? Why is she going about this the way she is? Will she succeed?

That isn't all I want more of though. It could be a personal preference, and I acknowledge that, but I need more descriptions and transitional details. What is her apartment like? What kind of an office space does she work in? What do the people do when they're talking or while they're thinking? Answering the questions like these will increase the depth of the writing by giving the reader a clear understanding of the setting. It will also provide opportunities to add details that will make the characters feel like more than just talking heads, and give them true personalities.

I understand that English isn't the author's first language from some of the other comments and reviews I saw, but I want to make it clear that it wasn't poor grammar that confused me. That's a good thing. Once the dialogue tags are improved, the work will not be to focus on English conventions. The true area of improvement in this story will be adding in those descriptions and details to create a fuller, more defined world for the characters to live in.

I'm already interested in the main character. I already want to know if she succeeds or not. What I want is more of what she sees and experiences through her five senses to be incorporated into the story. I hope this helps.

The Mediocre Four by Master of Coordination is anything but mediocre. The author has an ability I envy: keep the reader hooked with action. In the off chance there isn't action, then the love of the characters should be more than enough to suffice.

With each chapter there is a growing love for the main characters that the reader feels compelled to explore as they continue their journey. These are characters the reader cheers for, worries over, and invests in; characters that are relatable and growing together as their captivating quest unfolds.

And as the characters grow and change, it is clear that the author does as well. Though the story can be attributed to longer paragraph structures and the occasional run-on, there is much to be said for the on-going improvement in the writing style as the story continues. However, if technicalities are allowed to limit the appreciation of a great plot and thorough character development, then that would be a disservice to the story as a whole.

In short, read the damn thing, because it's fantastic.

Let me explain. The story Dark by Silver_Specter is not a terrible start. They are getting their ideas on the page and sticking to a single plot and that is more than some of us can manage to do with frequent updates. However, having read the story in it's entirety thus far, I will say that the author has a way to go.

Firstly, I am not going to harp on grammar and sentence structure. It needs to be fixed if you want people to continue reading and understanding your story. No debating. (I've already recommended HemmingwayApp.com, a great online source for self editing and the possibility of joining up with a beta-reader only for grammar.) The score is so low because, even in the later chapters after several reviews, the issue has not improved.

Secondly, the main character could be much more interesting. He sleeps a lot, often opening chapters with him waking up. He narrates, sure, but its confusing exposition that doesn't really show him doing much of anything. He has bizarrely tranquil reactions to things that I feel regular people would be panicked, angry, or expressive over. He just goes with the flow of what is happening around him. The biggest criticism I've ever received was that my main character didn't do anything, but that they were an observer in their own life. Make Micheal do something, take back agency and control in his own life so that he's more than a lifeless narrator.

If you can create an environment where the reader can root for an interesting main character and feel invested in a story where grammatical errors don't distract them from the overall plot, then there may be something strong left to work with. The overall concept of the story would be more interesting, and the plot twists more powerful, if I didn't have to read things more than once to make sense of them or if I felt more invested in the character's conflicts.

Please, please take these recommendations in stride. Again, not all of us even get to the stage where we write down the thoughts we have and share them with others. My goal is not to condemn the author, but encourage them to make changes that will bring them new readers who will continue to read beyond the reviews.