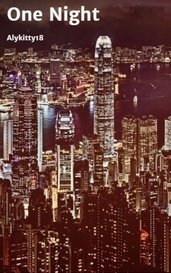 Falling in love had never been part of the plan, in fact it had been the furthest thing from his mind when he first saw her across the busy streets of New York staring at something in the window of... 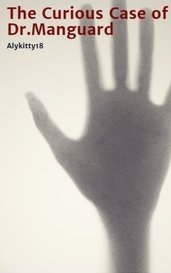 The Curious Case of Dr.Manguard

My name is Miranda Harkness and for four hours a day, I work as an online computer tech helping inexperienced users navigate their systems. I get paid well enough to cover the basics, I could hear ... 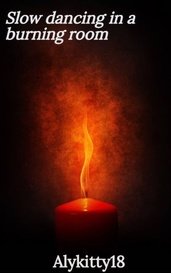 Slow dancing in a burning room

Olivia had felt this searing need before; the intense desire to be filled by the king of the night, once a long time ago among satin sheets amid the snowy glade; surrounded by rock walls.

Action / Romance / Based on Hellsing by Alykitty18 • Ongoing • 25 chapters

There were some errors in spelling, his instead of hers in some places but other than that it was a different sort of tale of happen stance that I adored. I love how Jame's mother came into the story and was pleased once she was part of everything, loved the comment about the grandchildren! And the way she slayed Harriet's father, I would not want to get on her bad side. There was some instances where the beating around the bush or repetition of things got a little annoying, we know Harriet is smoking hot we get the point lol, but other than that it was an enrapturing story, amazingly the sexual chapters only served to add to the story in some degree. It showed the depth of emotion and love that the two had for each other, while some of it seemed a little fanciful I think it was well written overall.

What can I say about this story? In the beginning I was interested to see where it would go, the plot seemed plausible as forbidden relationships go. As it began to progress however I started to notice some subtle shifts in plot and possibility, I became disappointed on Sydney's obliviousness and denial of Dane becoming an asshole, Then after Conrad gives the speech of "fight for our right" throughout the whole novel he decides to go New Moon Edward Cullen? It was an all right story overall.

Well, that was rather anticlimactic. While I commend the excellent writing style of the story itself and was wholly enthralled with the beginning chapters...the ending brought everything to a shattering halt in my opinion. I did enjoy the message at the end about stopping human trafficking, though the horrors these girls face were minimally shown, it still had a, strong impact on the reader. I was entirely rooting for Byron's death as it would prove a sort of triumph over the evils of traffickers, the fact Byron lived is a little confusing to the message of STOPPING trafficking in my opinion. But then anyone can be bought...and anyone can survive, well...anyone besides all of the victims of Byron's pimp tyranny and poor Victor and Ophelia of course. But I am guessing there is some sort of lesson here, a lesson all might learn if this story was continued. I also enjoyed the ever affectionate reminders of the existence of a merciful God, it was like those advertisements you get by clicking spam by accident on your computer, eventually you can overlook them and get back to your daily program if that sort of thing isn't your cup of tea.

Overall a riveting read to the very end, the ending will have several people in complete and utter shock. I am still....pleasantly, fuming.

If anyone wants to make a real difference to stop human trafficking, go to Change.Org. There are several petitions to aid the charities already mentioned by the author of this story.

I cannot wait for your next riveting story, you can make a great change in the world with your writing.

Though the story seemed very Hunger Gameish, which is to be expected I did enjoy the idea of the plot; the ending was a little anti-climatic only because of my own bloodthirsty nature. I think the nurse Stephanie or whatever should have attempted to release Julian and help him escape, but then we would lose the catalyst for Jamia's decision in the end not to stoop to The Purge's level which I admire in the story. It was very well written and I wish you the best of luck in this novel contest :)

Kept me up all night

I admit I wasn't looking for this story, but once I started reading I couldn't stop (well I had to on chapter 32 or so because my eyes were drooping, but nontheless I read till the very end. I admit some parts were moments of "what are you thinking?" and the characters a little Mary Sue (is that what they call out of character characters?) but overall I loved the plot and the interesting take on a Snape and Hermione relationship.