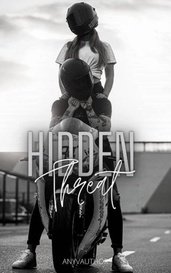 Maya and her twin, Charlotte made arrangements to come live in Hood River under new identities - Miriam and Charlie. They arrived with the goal of having a clean slate, a fresh new start and life -...

Life hasn't been easy on Luca. From being born in the world of the Mafia to have his parents murdered in cold blood at a young age. Luca struggled to maintain the balance and the legacy. For over ...

Mel is beautiful and strong but asocial and weird. The smartass attitude and foul mouth often get the best of her and not many people can handle it. She had it all figured out: amazing boyfriend an... 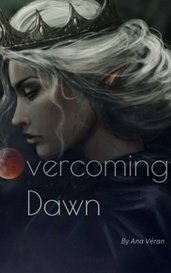 Lyra is a 19 year old Elf who sees herself with the weight of the world on her shoulders, literally. After her father's death she rises to the Crown of a broken realm where peace lingers on shaky g...

It's addicting, what suits the story plot perfectly.
It's about broken feelings that so many have roaming inside themselves without expressing them and how you can only overcome them when you find yourself. Because as much as we need people there are things that only we can do to be happy. I saw this story as self-empowerment and overcoming and I loved it.

The end was UNEXPECTED but perfect! I loved it!

I am loving your book.
Mimi's an original and unique character and I love to read about her, even though she confuses me at times with her randomness lol

I am still not sure about the plot but I am sure it is linked to that damn letter she forces herself to write but never does - and I wonder what that's all about.

The story is still in the beginning so I know there's still a lot more I need to read to give more of a review but so far I am loving it. I'll be waiting for you to update so I can continue reading :)

A masterpiece for mysteries and secrets!

Everything in this book is original, even the freaking character's names. I know I am not American but even I know that Townsend isn't a common name but somehow it fits her because she is the most original and unique main character, I've read so far.

She's unpredictable, independent, driven, stubborn, stupidly brave and adopted. And that is what will take her to Spillwater, after learning the last biological family member - she didn't know she had - has passed away and left her everything, making her go there.

Besides that, she crosses paths with three different men. Each one reacts differently to her but as story develops not all is what is seems. They are somehow linked to her in more ways than one.

In this story, the line between friend and foe gets blurred more often than you can imagine.

In the middle of this chaos, she gets to know Beauregard Tessier. He's British, he's handsome and he's one of my favourite characters.

I love a good angst-romance but this is by far one of the best. When they clash is like two freaking storms collide and I love it.

With all the secrets, dangers, threats and life-changing experiences – good and bad, it gets harder and harder for Townsend to leave, especially because she doesn't get scared easily. The closer she gets to the truth and the more she understands of the web of manipulation, secrets and cruelty going on in Spill water the more she is determined to stay and finish it once and for all. She is a Wolfe after all, one that breathes fire when it comes down to it.

I am glad I found this book. It only has 11 chapters so far but it seems promising to me!
The MC, is a female and an example of overcoming the hardships of life. Even though this is a fantasy/werewolf story - this character growth goes beyond the genre and fits into the real life of women across the globe.
It makes us relate to her and get even more involved in the story, feel the emotions as if they were ours!

Regarding the plot I am enjoying it, I still have a few unanswered questions but I feel like that is normal since we are still at the beginning of the story!

I am enjoying the story so far and am so excited to see how it goes from here! So freaking curious, thank you Sarah for bringing a good book to us and I certainly advise others to read it as well!!