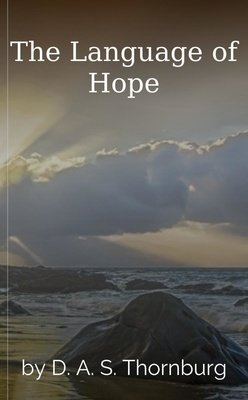 The Language of Hope

Dr. Tyler just got the worst news of his life, but wants to finish negotiations with the Merfolians before he's discharged. Meanwhile, the emperor and his daughter have a conspiracy on their hands.

Misclassified and somewhat unfinished despite its "complete" status, but a good read.

This story is classified as science fiction, but except for the fact that there are other planets and galaxies involved, it is very much a fantasy story. Luckily, I like fantasy just as much as sci-fi, if not more, otherwise that misclassification would have turned me off reading it.

The story seems to be mostly from Cassie's point of view, but sometimes the author switches abruptly to the points of view of other characters, often in the middle of a scene. That is confusing, but easily fixed with formatting such as the horizontal line feature here at Inkitt.

Another thing I found confusing about this story was the description of the universe and the different areas of influence. If the Tome is small enough for Cassie to carry it in her arms, how can it then be large enough to show even ONE galaxy, much less individual planets in multiple star systems in multiple galaxies, and have measurements to scale in FEET? Also, the "sharing a star with another galaxy" thing is weird. How is that even possible without the galaxies overlapping, which they would do, eventually passing by each other in many hundreds of thousands of millennia?

Also, I'm not sure how a girl who grew up in the United States would know what a dhoti is--or rather, she might know what it is, but not that it's called a dhoti. I had to look up the term myself and see an image to realize that it was something I had seen before in movies and such, but not known the name of. Perhaps it would be more realistic to describe the clothing that the priests wear as garments which looked similar to some of the traditional garb from India Cassie had seen in social studies/history textbooks--or maybe she's a fan of Bollywood, and has a collection of movies where they wear that type of clothing, but never really knew what it was called? Without any sort of explanation, Cassie just automatically knowing that it's called a dhoti took me out of the story just a little bit.

The author's writing style is concise, but still evocative. I felt as though I could see the worlds forming around me as Cassie and the others traveled to them. As for technical writing, any errors I noticed were forgotten within a few paragraphs of reading them, and did not detract from the story itself, and there were maybe three of them in the whole twenty chapters, so that's is good.

Over all, it's a good story, but the ending is more like a cliffhanger than a true conclusion. Is there a sequel planned in which Cassie and the others finish their quest (or find a different way to stop the ultimate power), or is this ending meant to signify that there is no hope left to save the universe? A good story leaves some questions unanswered, but I think these questions are of the kind that actually need to be answered by the author--even if the answers don't come in the first story.