Engineer, husband, father, writer.I enjoy fantasy, science fiction, philosophy, and politics. I'm a little critical in my reviewing, and I prefer the same in return. 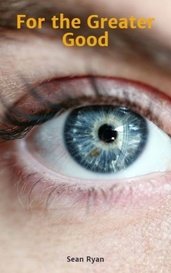 For the Greater Good

Hunter is a Watcher, one of the vigilant eyes who keep the community safe. Never has his faith been tested more than today. In the future, many problems have been solved: hunger, war, old age, ecol... 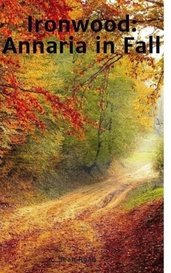 As the chaos of Sorcery fills Annaria, Jacob and Laranna reluctantly shoulder the responsibility to save their peoples. Who could have guessed the price would be so high?.. Not six months ago, Jaco... 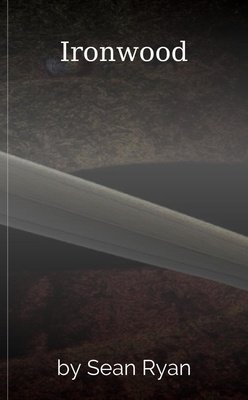 After the theft of a sacred artifact, Jacob has one chance to ascend beyond his pre-planned life, to avenge a murder, and just maybe - save Ironwood from the destruction caused the birth of Sorcery...

As other reviews have stated, zombie stories are pretty common. The plot seems straightforward, and could easily have been drawn from half a dozen sources. That said, I enjoyed the hell out of it. The characters are beautifully sketched, with just enough color and edge to hook you in, but not enough to wear thin. The descriptions are light and strong, and the pages almost turned themselves. Maybe it was overdone in a couple places, especially with the odious president or the doomed mother of a stillborn babe, and the early switch in perspective between Marcus and Aurelia felt slightly awkward, but those are matters of taste.
In the end, I'd buy it, and be grateful for the privilege. Well done.

Creative tale of good and evil

I enjoyed the novel once I got into it. The world building was straightforward but effective, and by the end I got a good sense of the characters and their roles in the conflict. The dialogue and narrative were a bit on the nose for my taste, but did improve later in the piece. Overall I would say the series has potential, but I would like to see the prose itself receive a bit more loving care, to clean up some inconsistencies and flesh out the scenes. It's easy to enjoy the overall arc of the book, but harder to get caught up in its moments.

This surreal fantasy was a wild ride, with an odd but creative plot and setting. The grammar and style were rough at times, and the theme and character arcs were deceptively simple wish fulfillment. Still, if you want something new and unexpected, this certainly hits the mark.

This story was a joy to read, cleaner and better written than the story that preceded it. The characters were vivid, even if the villains were a tad flat. The first-person perspective made a surprising change from the first book, but the author pulled it off. I was hoping for more progress on the quest started in the first book, but I was quickly sold on the girls' current dilemmas. The story moved quickly, and the setting was lovely as well. Well done!.

The story seemed to be geared to a younger audience, based on the age of the characters, the general helpfulness of other characters, and he straightforward, matter-of-fact, language used throughout.. I will review it from that perspective.

The setting was lovely, and the author evokes it well, reminding me of Narnia or the worlds of Tad Williams. The story begins in Victorian period England, and expands to several other worlds, each with it own cast of helpful characters from the imagination of Emma - and a few terrors..Meanwhile, the frame story of the grandmother's romance is warming. The overall mood of the story is characterized by novelty and wonder - through the eyes of a child.

I have a few nitpicks. The dialogue is often on-the-nose, and the narration matter of-fact, in short paragraphs and accessible language. The wording is occasionally awkward, and while the earlier portions are well-edited, the latter half of the book includes such distractions as misused semi-colons, many awkward sentences, and a few typos. Even from the perspective of a children's story, I found the characters a bit saccharine, and with the exception of Ms. Plumlee, most treat the (very likable) protagonists with implausible respect and generosity. While the thrust of the plot is strong, the tension is not, so the primary drive of the piece is wonder/terror. However, with the exception of the encounter with the first monster, the terror probably could use more emphasis., However, if the intent of the work is to charm, the single most important thing is to develop the most charismatic writing style possible, and I thought the dialogue and narrative fell slightly short of that. The end felt abrupt (likely due to concerns of length), though in hindsight the conflicts were appropriately timed: perhaps better transitions and foreshadowing could help?

All in all, however, this was a fine story, even if I'm perhaps a bit old and jaded to represent its primary audience. I look forward to reading the sequel.

Romantic fantasy is not my usual genre, but this story seems to be an exceptional example. The characters were compelling, the writing clean, and plot compelling: I enjoyed the story immensely. I had a few minor gripes about word choice and the somewhat slow start (I was more moved by the action than the details of high school girl’s life), but overall this novel was excellent.

Minor spoilers! The title is very fitting: this is an eloquent exposition of the cost of revenge, on lives and relationships, and in the human soul. It's a slow descent, by capable and colorful characters, into the abyss of loss. I confess that I am a Romantic in the sense that I always want to see redemption, always want to see the good guys win in the end. This story, however, pulls no punches: the consequences of the thirst for vengeance reach their logically detailed and grisly conclusion, evoking a deep bitterness.

I do have some quibbles: the protagonist was never a very likable character, except in the eyes of the far superior princess Cassidy, which offers the reader some detachment from his fall. Also, the word choice and grammatical errors (especially in subject/verb agreement of tense and plurality) were frequently jarring. Also, minor characters seemed to come and go throughout the story without enough introduction, which was a little distracting. That said, the story is powerful, moves well, and the characters were engrossing. This is a solid read, if you have a bit of a taste for darkness.

This story did a number of things right. It continually introduced new scenery and new characters with new personalities, right up to the end of the book. It included brief but vivid descriptions throughout, and the prose was often pretty. There were dozens of difficult conflicts along the way, where the protagonist and her friends could show their strengths.

On the negative side, progress toward the end goal was slow and episodic. The book was not strongly structured, and it didn't really build to a climax. Instead, it wandered from conflict to conflict, and then took a rest, to be continued in another book. The narrative also relied strongly on disgust and fat jokes: the word "spat" was used far too frequently as a dialogue bead. The characters themselves changed little, except in learning to tolerate one another. While colorful, they fell a bit short in likability - it is difficult to identify with prickly characters when the reader isn't familiar enough with their pain to be sucked into their struggles.

Overall, the story begins well, and the author clearly has talent, but the book's structural problems weigh it down.