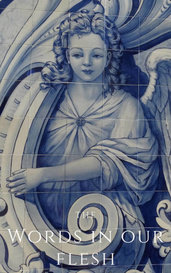 The Words in our flesh

A case of victims turning the tables on their victimisers in very brutal fashion, seemingly sent rabid with superhuman strength, before their heart’s give out under the stress. Detective Sam Campbe... 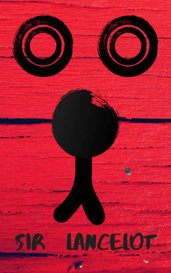 A girl’s teddy bear learns the joys of life...then it's horrors. Over time, it’s strange place in the living universe allows it a certain degree of influence, and as it’s unconditional love breeds ...

Horror / Other by B.Noble • Ongoing • 1 chapter 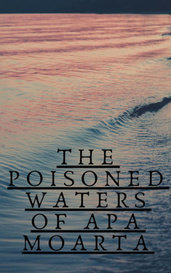 The poisoned waters of Apa Moarta

The lake known colloquially as Apa Moarta is an obscure one, hidden from the world by an ignorance maintained by a higher power. What secrets it holds are anyone’s guess, but god helps those who go...

a really fun and intriguing read so far, with brilliantly entertaining bantering and dialogue, especially from Jeri. I love how it off-handedly refers to characters and plot-points that’ll likely be relevant in the future, without forcing any more attention then needed, or feeling the need to overly explain anything, trusting the reader to understand and make their own assumptions. It carries a light-hearted, frivolous tone, but with a subtle hint that all is not well that really draws me in. Can’t wait to see where it goes.

A decent read, if one without an incredibly compelling, or complicated plot. The highlights are definitely the mentions of supernatural elements outside of the plot, interesting enough to pique the reader’s interest without needing to dump any exposition on them, and the violent confrontation at the end, full of vivid imagery and descriptions. I think the main issue is that it’s a very formulaic plot: protagonist worries about mentions of antagonist, protagonist is ominously followed by antagonist, protagonist shakes antagonist, protagonist assumes they’re safe, to lull them and the audience into a false sense of security, antagonist makes a surprise entrance, the two struggle, antagonist usually kills protagonist. It’s a familiar scene to anyone who enjoys any form of horror, and, while it certainly doesn’t ruin the story, it does sort of doom it to mediocrity. Still worth reading, if only for the fun, vivid action, and to hear the mythology of the setting.

Why my Dormitory’s mirrors are no longer aligned

I really liked how refreshingly linear this story and the author’s writing style is. It doesn’t overreach with drawing out any descriptions, or using overly complex words or phrases, but keeps it simple and punchy with an entertaining enough plot, and a little bit of humour and believable context to keep it fun to read.

Honestly, the scares were pretty cliche, the morbid twists (i.e the suicide and ghost’s hair-stroking) felt kind of forced, and the ghost’s description could definitely have used some more ‘oomph’, either in appearance or interactions, especially if it’s to be believed she drove a girl to suicide, but overall a fun

little callback to the creepy-pastas fad.

An awesome read, full of grotesque imagery brilliantly worded, along with the ominous, haunting beauty of the landscape, the deer and the Stag himself. The protagonist’s reactions and interactions are both believable and entertaining, a great range of emotions on show, and the story has a great sense of melancholy to it, the hideous ‘monster’ having an air of solemn duty as it comes and goes. A few descriptions do feel a little overly wordy and drawn-out than necessary, maybe could be improved by shortening them, adding some contractions just to keep the pace brisk, but overall a great little story.