Hi, I'm Calista Rosch and I write steamy heartfelt romance and fantasy. I'm a GALATEA by Inkitt writer and I also have free books on Wattpad.

An Heir for Oragon

Oragon has not had a live birth in centuries and the King, Hunter Rudolf knows he is in big trouble. Without an heir, his immortality running out, death threats facing his from every corner, the ki... 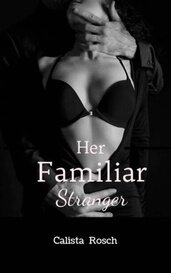 Her Familiar Stranger (Now on GALATEA)

Ceylan Aslan has had a crush on her brother Baris's best friend, Liam Chase since she was a teenager. And now, the CFO of her family company, two past relationships, she has never had the pleasure ...

Since his teenage years, Billionaire Kayden Fischer has lived to fulfill one goal, make sure Gina lives a wonderful life. Make up for causing her difficult childhood, end the guilt that had been ki...

The writing is amazing, the description, the world-building, and the story itself. I'd love to see how the story goes

I like how you describe her emotions. Every feeling comes to life with your writing

This story has got potential, it just needs editing and a few changes. Otherwise, good job.

Your plot is well thought of and everything flows so well. Your characters are well developed and a reader can easily relate to then. I like how in every chapter we get to learn a new thing. This is a really great story!

You really have a talent for writing fantasy, your world and descriptions are amazing. The pacing and flow of the story are great. Good work

I haven't read horror before so I won't have much to say about the storyline. Your description are amazing, makes the reader able to picture everything.

You've used 'once' and 'as' several times. I feel like if you removed them, the sentences would be stronger.

I loved this story. It's well written and so captivating. The storyline is great. I wish there was more.

This is a very good story idea you have here, you just need to work on a few things. Work on your blurb, because the prologue feels like a repetition of the blurb. I'd also suggest you don't pour all the background information at once, it might be confusing and tiring to readers

This is a really interesting story, the characters are amazing and your description makes it easy for a reader to sink into the story. The storyline, the pacing, and the flow of this story are all great.

This is a really promising story, I love the idea behind it.

Something I would point out, if you don't mind, concerns your narration. Make sure when you are writing, the characters should appear like they are telling the story and not you i.e we should see things from a character's eyes/perspective. Each chapter/section should be focused on one character telling the story, e.g Chapter 2 began with Amore then you should continue telling the story from her perspective (switching is allowed but for a starting writer, it's always recommended to stick to one character)

"When are you going to be home?" She bit her lip, hoping that smart brain of his wouldn't understand the intention behind her call.

Leonardo gave her a look. The guy knew her so well, he knew that a phone call was always her go-to means whenever she wanted something, knew that she believed it was the most effective means to getting whatever she wanted from the other party.

I love the quotes you leave at the beginning of the chapters. Your description is lovely, the pacing is amazing, and the humanization of the cat was brilliant. The foreign words could all be italicized to distinguish them (I notice some weren't). I don't have many critiques, your writing is amazing. I didn't notice any grammatical errors.

You have a good story here. I love the storyline. All you need to do is add more description to your story, the surrounding and the werewolf shift. Good luck!

I'm loving the pacing of the story. The writer has really worked well on the descriptions, making one have a good grasp of the scenes.

I love billionaire romance and I'm loving this Paris romance. Several grammar mistakes you need to check on.

I love how you take the readers through Annie's mind, it really sinks one into the story. I noticed a few gramma mistakes and the story could use more descriptions. But I'm generally loving the idea.

I love the pacing of this story and the storyline, it is intriguing.

I like how you describe the environment, especially the first scene

The first chapter alone has me hooked, making me eager to find out what will happen next. I love the details you've put into your descriptions, gives readers a perfect picture. Great work!

I have a feeling this is going to turn out to be a wonderful novel, just the start has me wanting to read more. This is a beautiful piece, keep writing.

First of all, I like how you let your story unfold. It is clear you had this well planned out. I like the unique concept of vampires. Your descriptions, pacing and flow are just wonderful.

Something to check on is your tenses, you seem to switch between present and past. Stick to one. And your blurb could use some editing to be more perfect.

This is a beautiful piece of work. The flow and pacing are just wondering. The story line is also well thought of. Good job

I love your story plot, the flow and your pacing. This story is just beautifully written. Good job!

Read the story now
Does Hair Have to Grow There? by maranstew
Overall Rating
Plot
Writing Style
Grammar Punctuation

This book is so funny. It got me laughing all through

This is a really interesting story. And I like the flow and the pacing of it. Good job

I love the storyline and the flow in general. I would have preferred the flashbacks to be the prologue instead of insert. But everything else is great

This is an interesting story you have. I've never read horror but your book gives me the urge to keep going. Good job

Two chapters yet the story is already great. Your narration is really good making the story flow so well. Good job!

This is a great story with potential. Just a few things to work on to make it perfect.

Great story in the making!

Just one chapter yet you've captured the attention of the readers. Can't wait to see what a great story this turns out to be

I like the idea you have for this novel. Even with only 3 chapters up, I want to know what's going to happen next. Can't wait for the next update

This is definitely a book any romance fun should read. The story is intriguing making a reader want to know more. A few grammatical errors but otherwise good job

I loved every bit of the story. It got me hooked all through. Your characters are well written that readers can connect with them. A few punctuation and grammatical errors but otherwise good job

This is a great story idea you have but it needs a little working. Check on the inline comments.

I would suggest the first and second chapter to be a prologue then the flashback to act as the beginning of the novel.

Good luck in your writing!

The plot is well thought of and the flow is great. This is a really unique story. I love the descriptions in the story. Just a few grammatical errors but those could be worked on by editing 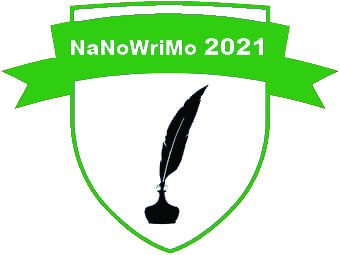 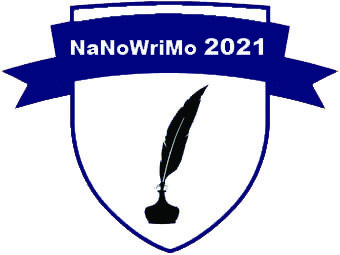 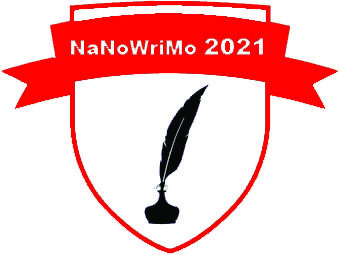