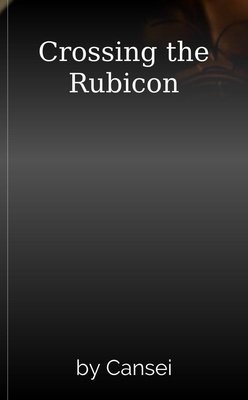 Being Batman has taught him about crossing the lines, but when the only person who has ever figured out his secret tags herself along with his life, the journey suddenly becomes a much more rough ride

A very interesting concept for the all-known biblical story, and it makes perfect sense that they had to marry with each other to repopulace, as canonically it's also said that the current races are coming from Noah's sons.

I liked the realism of this little piece has for the times it covers, from the social status for women to the clothes, rituals, and general ambience of after the Flood. The brothers conversation was very interesting for that part, as it was also understanding how things would turn as we know how they would in the future. It was all three brothers represent a different side of humanity; Shem-- the dark side ambitious; Ham--conscience and human-heart, and Japheth passion and lightness. Liked it. That comment about made by Shem about writing the story as they fit it reminded me "history is written by winners". It was very true.

The writing style was truly adopted for the narrative, too, a bit archaic, and very sensual. Especially the opening of the girls dance, as it gives the auidence a certain idea what to expect. A great historical piece. Hope you post the rest of the story, too.

Wow, such a great concept and how artistically it was showed off. The ending really gave me chills, especially at the last line, as it connected itself to the earlier expressed paranioa.
I think you nailed it down how an alone getting older woman can live in paranoia, and may i say fear of death, as it will be "nothingness", and there will be none will remember you again as you become a part of nothingness.
The symbolism was very cunning, I believe, too. As the death can't catch me unawares because I always sleep facing at the door...?
The writing was very crafty, I especially enjoyed the curt descpritions, well-expressed the curtness of the concept, but my favorite for a reason was how you described the sunlight "friendly" after the oppresive whiteness, because I could easily imagine it in that way, and feel its warmth as well.

Brilliant piece! Thanks for sharing.