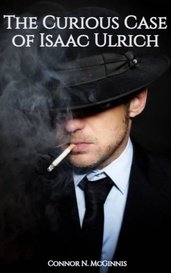 The Curious Case of Isaac Ulrich

It's Fred's first day, and he can't seem to figure out who on Earth trusted him with investigating a series of explosions off the bat. Walker smirked. "Gotta get you experienced somehow, Kid." 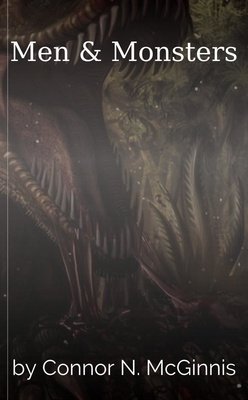 "I beg your pardon? Real?" Giant laughed, yet there seemed to be an underlying hint of offense taken. "Tell me, Eira. How in this little world of yours could you possibly imagine something like me?"

I enjoyed reading this from the very beginning to the end. Even though the story is about a dystopian future, I was fond of the narrator's rather perky tone. It helped to separate it from several grey and/or doom-and-gloom worlds I've read of as of late. That said, the speaking voice you chose never detracted from the fact that this was in fact a grim remnant of what it once was. The way your described the city ruins while your narrator rode on the bus was nothing short of terrific.

I was quite bummed out at the end to see that the story you wanted to tell had been completed. The way you ended it, after introducing us to a drab world seen through the eyes of a child, then to the colorful world that once was, had me believing there could be more to explore there. I'm rambling at this point, but thank you for writing this short little story. To anyone reading this review, I highly recommend this!

I certainly can't dislike a story in which the main character is antagonized by something no one else can see or really imagine. I think a lot of us have a demon or goblin waiting in our shadow ready to pounce when we're at our most vulnerable, and you did a great job of writing that. I think you should do a once over on some of your writing, however, as far as capitalization and possessive nouns go. Otherwise, I really enjoyed this first chapter!

To put it simply: I loved this story.

You certainly do a fantastic job establishing the setting right away. Busy, chaotic, and of course, full of drunk people. I might see how someone could write this off as being written too quickly, but from what I gathered, it was perfect. It's our first glimpse into Ava's mind, and for someone who isn't ostentatious or really likes much attention at all, it's easy to see it as being overwhelming. This, coupled with such things like her thoughts about her dress and the committee of voices in her head, help illustrate what basically the norm for people who deal with high anxiety. I've read a few stories dealing with similar characters, but I've yet to see one who captures that exhausting fear and dread, well, until now. Brief though the story seemed, Ava and the characters around her were very well-written.

Again, I enjoyed that so much of this story took place in Ava's head. It simply wouldn't have been the same if it were solely descriptive, going against the often given writing advice of "Show, don't tell." The betrayal she was dealt with was certainly enough to begin with, but once we see what she's actually been through, one will only find more ways to relate to her. I think that's what I found so great about this story, in that it has something that so many of us have dealt with, and thus, can find easy to relate to in this story.

I awarded you four stars on the technical writing category not to avoid giving you a perfect score, but just glancing over the story a second time, I simply noticed a few typos here and there. Nothing major or consequential to the flow of the story by any means. The only one I can think of right this second was somewhere in the first chapter where you wrote 'was' twice in a row. There were a few others, but honestly, a quick read through would likely correct all of these in short order.

For anyone who looks at reviews before jumping into a story, I can't recommend "Ava's Last Run" enough. It has something for just about everyone to relate to, be that to whoever has ever lost someone they loved, felt the pain of betrayal, dealt with crippling anxiety, or even lost themselves in an activity such as running. A well-written, bittersweet story. Thank you for sharing this with us.