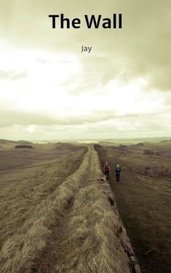 A dystopian novel, aimed at a teenage/young adult audience. Imagine the UK, post-Brexit. Scotland disassociates itself from England, choosing to ally itself with Europe rather than the U.S. A movea...

A little reminiscent of George Orwells `1984`, with the spy network, heavy surveillance and censorship. I very much enjoy a good dystopian tale!
Not convinced that Brands would have agreed to the beach meeting with his superior, Rallen, on his day off! Would he not be suspicious about why he was being asked to breach `Privacy` laws by taking along a copy of an official report?
Love the vivid description of the city. Could it possibly be interspersed with some of the action?
Like the idea of teachers being spied upon as they make futile attempts to subvert the system.
Looking forward to finding out where the very likeable Smudge Cordwainer comes in. He made a brief appearance in the opening paragraphs and then disappeared. Can he not show his face in Chapter 2? I`m kind of missing him! How about Smudge popping out of a cave on a mission to terminate Rallen and Brands, thus creating a higher-paid opening at work for himself?
Looking forward to Chapter 3 ..... BRING BACK SMUDGE!