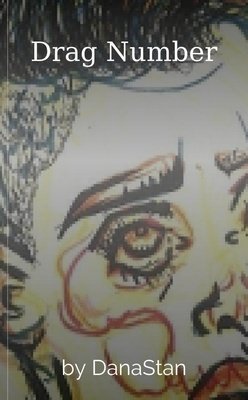 A glimpse into the underground life of Drag Queens and one timid, lone Drag King's performance that will either make or break the future of women dressing like men in her local LGBTQ+ scene.

Drama / Other by DanaStan • Complete • 1 chapter

Really great, unique idea! It's one of those things that seems obvious once you read it, but I don't think I've ever heard of anything like it before. I don't think, like other reviewers said, that it's important to know WHY height matters so much to this dystopian society. I mean, there's no real reason WHY race mattered so much to our ancestors, yet they still broke people up into "good" and "bad" categories based on it. However, I would like to see more technical details added. That would bring it a more solid foundation. Even if the character themselves didn't know those details, giving them to the reader would bring the world more to life. Ex: what's the minimum height requirement? Do people still wear heels, etc to increase their height? How do the people get to this facility, do their family turn them because they are equally disgusted with short people or does someone come take them away? etc.

I really like the overall feel of the piece. It's very visceral, and charged with different emotions that seem very natural and real. Somehow it makes the reader feel numb, and hopeless, and full of emotion at the same time, so I commend you on that. I especially like the little details of how the character looks described through the way they move, their hair, and the circles under their eyes, instead of going into a long list of physical descriptors.

The only real criticism I have is that I don't really understand how you formatted the expiration date at the beginning. And that the character says it "05 25 __" (I don't want to press back to check the actual date). How would someone SAY it though? Underscore, underscore? Blank?

Really cool glimpses of back-story. Felt like a dream landscape, and the writing style is really captivating. I think it's a great length and very poetic in its delivery. The most important part of a piece of writing to me is the feeling i'm left with and this left me with a hair-tingling kind of desolation which means that I definitely identified with the characters. Great post-apocalyptic work, and a fresh idea on it.

Paints warm, cozy scenes that drew me in and made me want to stop and rest awhile. Very minimalist, yet flowing language. Really nice work! I would love a whole poetry book of these, they are very human and touching.