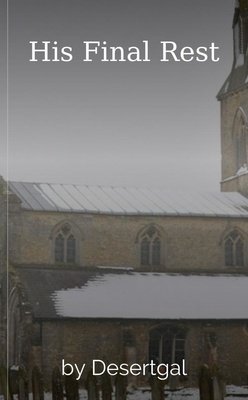 Harry decides he must do one last thing before he rests after the final battle. Severus Snape deserves better than to be left on the floor of the shack.

Drama / Based on Harry Potter by Desertgal • Complete • 1 chapter

I don't know where to begin. Over the last few days I've immersed myself in this story never wanting to let it go. It followed book canon which made it feel like a JKR installment. It had wonderful detail from Pottermore that enhanced the story beyond the books, yet was still canon. I was "THERE"!

The author took us inside the heads of characters we all know through a series of scenes, some from DH, others imagined but completely believable. It's bothersome to me that 'proper' writing within a given chapter is supposed to be from a single POV when I want to know what everyone in the place is thinking! This author did that wandering through multiple character's heads seamlessly.

Never once did I find the author's imagining of what was going on to be out of character, or unbelievable. He/she knows these characters inside and out. I highly recommend this story as a missing link to what was going on at Hogwarts during that final year while Harry was off on his own separate adventure.

The only thing that would have made the story better was a little more of Snape's thoughts as he was trying to keep the students safe while still having to appear to be a loyal Death Eater. I would have liked to see his frustration at the rebellion of Neville, Ginny and the others. It was gratifying to be able to get into McGonagall's head during the final duel when Harry was revealing the truth about Snape.

I've not read a HP fanfiction in a long, long, long time that was as well written as this one. I highly recommend it.