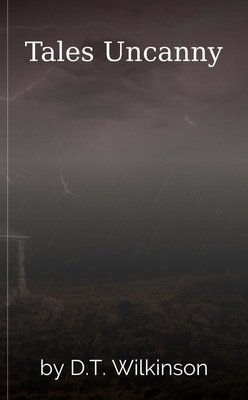 Terror and dread await the reader in this, the first edition of Tales Uncanny, a selection of eight short stories and novellas born from my nightmares. TITCH: A gap in her memory and a litany of wo... 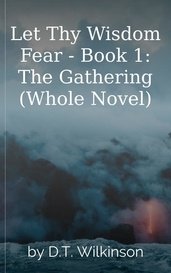 Two strangers, an old man and a young boy, find themselves thrown together, chased by unseen forces that will harry them to death and beyond. Writer and Archaeologist Aldous Finaeus is returning to...

This is the second of your stories I have read and the second I have enjoyed. Keep up the good work. I would like this story to reach novella or novel length as it feels as though there is plenty to be learned about the two main characters. Liked the use of 'outwith; which I don't hear too often.

I enjoyed the flow of the writing and the darkness that escalated as the story progressed. Works as a short story but could also be bulked out to make a longer novella with a few more peripheral characters. The ending occurs to you some time before it is revealed, but it really doesn't detract from the overall tone of it, which was modern with a touch of Lovecraft. Grammar and punctuation was excellent bar one error I spotted (taught rope should be taut rope). I'll definitely look forward to reading more.

The story read like a parable which was appropriate for the plot. I enjoyed the way it flitted along as though you were catching snatches of it at a pace, and the (for want of a better word) old-fashionedness of it. It played out almost in the style of a Hammer Horror movie, with a clear beginning, middle, and end..
The one downside is that there are only a few characters so you soon realise how it is going to pan out, but that doesn't really detract from it overall.

Aside from a couple of spelling and grammatical errors, the whole thing was structured well. I'd enjoy reading more.

The bare bones of a story

I think with a bit of work and bulking up, this could be made into an interesting story. As it stands it is a little difficult to engage with for a couple of reasons. Firstly, it feels like English might be the writer's second language, as there are a lot of missing or misspelled words, fragmented sentences, etc. It makes it harder to engage with the story when there are so many tiny errors and omissions like that. Not that writing in a second language isn't commendable, but as a native English speaker, you notice all these tiny things when reading and it ends up taking your attention from the story.

Secondly, the blurb at the start kind of gives away the only little twist of the story. In telling us that you made friends with the killer, the reader is waiting for that to happen. I think the story could be the core of something if it is worked upon but it needs a lot of love and care, and a series of edits.

The main problem I had was with the overuse of adjectives. It reads like you have been writing it with a thesaurus in hand; perhaps it was intended to convey some sense of something, but - if so - that has been lost. The first line (Gliding gently through the bitter, wintry, piercing, icy- cold, frosty, perishing, biting, unwelcoming, unfriendly, viscous, devilish air, the delicate, graceful, papery, wispy, airy, silky, patterned snowflake lands on the colossal, gigantic, enormous, mammoth - sized, vast floor) could've been written in half a dozen words, and the almost comical overuse of adjectives makes it difficult to engage with the story throughout. The reader almost scans over them to get to the heart of the text.

There's also many spelling and grammatical errors, including overuse of the hyphen, jumping between tenses, misuse of punctuation, and two spelling errors in the story title (to name but a few). I think it needs to be redrafted a couple of times and really thought about before it has a chance to become engaging.

In regards to plot, I don't think there's enough of a plot yet. I can see the idea being developed further, but for now it is too short to comment on; it feels like a fragment of a story rather than a story.