Hey! I'm a young adult and middle grade writer who specializes in fantasy and science-fiction. Follow me on twitter and wattpad (@Indigo_Night) to keep up with all my writing shenanigans. 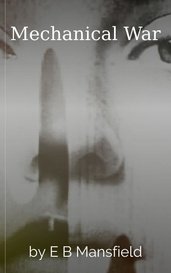 As Avalis and Remus fight it out, Indie must figure out whose side she's on and who's on her side. In the conclusion to the Books of Regeneration the Dynasty must fall and only one side can win. A ...

You have an excellent eye for world building and character development, and the only thing I found dissapointing about this is that my least favorite character was the main character. Dominic often came off as a Mary Sue, and, though he develops over the course of the story, I kept wishing the story would go back to Cassidy or even be told from a character like Josie's point of view. I also really enjoyed your use of physical characteristics to divide kingdoms, while this illustrates to the audience how hateful some people can be in a very blunt way, it works well for this story. The one other thing I did take major issue with is the pacing. Dominic starts out being firmly on the side of Gelbraun, but as soon as he finds out that he's the heir he's gone. I just wish you had added a few extra scenes where Dominic was forced to go through his daily life with this information and interact with his friends as if nothing had changed so that the reader can see his thought process. From there the story feels like it slows down and speeds up at the same time: a lot of time has passed and Dominic is getting new recruits (which happens so fast I couldn't remember who was who), but there are very few scenes of action and it often feels like the characters are loitering around waiting for something to happen to them. If the pacing problem was solved, then I'd give the plot five stars, but as it is it's too difficult to follow or to even distinguish between characters that aren't Dominic and Larissa during his pov. I really enjoyed the Cassidy's pov so we could see her and Dominic try to out maneuver each other. I have more detailed notes on some more nitpicky things if you want those.