Just a brain injured weirdo rambling about my daydreams 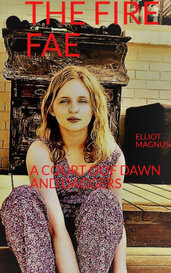 He was always satisfied with his simple life. When it gets turned on its head, and he is introduced to a world of magic, he must learn to adapt. Will he discover his authentic identity, or will nec...

I Like The Concept but There's Room for Improvement

I genuinely love this concept. The introductions to the characters did feel quite brief, however. I know that when I play dnd, my character always has a fleshed out backstory, not just a physical description. I'm hoping that this was intentional, and we will get to know them by reading.

In terms of grammar and punctuation, I noticed quite a few errors, which wouldn't have been surprising, except that you were specific about how well this had been edited. In the first paragraph, you write "The players sit" and the "DM throws his black hoodie" which is present tense, but you also say "they didn't know" which is past tense. You're missing commas in the dialogue. "Oh, my name is Luna" and "Torm, the God of courage and self sacrifice", for instance.
Something else I noticed, although this is nit-picky, is that you tend to over-explain a bit. In chapter 2, for example, you say "we all reply to Derek's question". As a reader, who had just read Derek's question, it would have been obvious what the characters were responding to. Consider fleshing out your description to boost your word count as a replacement for those over-descriptions. That would be beneficial for the world building anyway.

Overall, I think you've got a solid plot, and a good opportunity to hook readers and build an immersive world. I think, however, that if you do want the book to be immersive, you should consider re-editing. It's difficult to allow yourself, as a reader, to be sucked into a story, if you get distracted by errors like these.
My one final note is, I think you should reconsider your use of "Asperger" as that is no longer something that is medically diagnosed due to its problematic nature, and is something that a lot of people in the autistic community find offensive. If you're unaware as to why, Johann Asperger was a Nazi. Not only does that outdated diagnosis use ideology used by that person, but it is also just another way of encouraging ableism against autism (it furthers the idea that autism should be ranked, and that it is a dirty word). For clarity's sake, the main reason I think it would be a good idea to change your choice of words, is that it will upset fewer readers if you don't use that specific word.

I hope you don't feel that I'm being too harsh. I've been told I can be overly honest. I really do like the concept of your book.

Emotive And I Love It

The first chapter of this story was immediately a hook. I know exactly how the absolute terror of a nightmare feels, and how much the right support person can soothe it. You've captured that perfectly. I was also immediately very intrigued by what the relationship between the support person and nightmare-sufferer. It's very compelling to keep reading.

You achieve direct, to-the-point communication with your writing style. Your grammar is stellar. If there's anything to work on, I would say that some of the paragraphs felt a little short. I did notice that most of your description was combined with other sentences, so maybe a few sentences with more of a focus on painting the picture would be a nice addition?

Overall, this story is full of intrigue and very effectively hooked me as a reader.