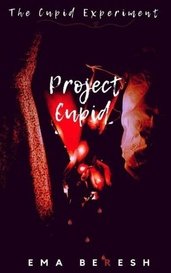 The Cupid Experiment | Book One “Hello. I’m Jennifer Marellio bringing you an update on The Cupid Killer who has been sweeping the nation. Police have yet to make any progress as the media-deemed ... 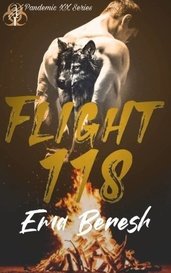 Pandemic XX Series | Book One 1st Draft Emilia Boschi had been planning her trip around the world for the past ten years of her life. It was the perfect thing to not only celebrate turning 21, but...

Okay. Let us just start with the obvious... I was completely unsure about this book and where it was leading. One, why wouldn’t she have the same opportunity as everyone else simply because she was so different?! Then we have the interesting, and quite frankly reciprocated, puppy love connection with a certain first Alpha- while it is her new Alpha we are all on the edge of our seats waiting for more of.

Like come on! Can they PLEASE be ‘meant to be’? 😂 I love this book a surprisingly big amount!! It is great writing; and it’s unique plot has me anxiously awaiting what is going to happen with this ‘mateless’ pack but also with Thane and Emily.

Cabin in the Woods Part 2

Wow! At first, I was a bit confused in the way it just jumped into things (partly because of how Inkitt formatted this on the app). I thought it was the author writing. But it was one of things that though you were confused, you kept reading because you just HAD to know what was going on. Once I realized it was written like a diary, I was really intrigued and excited!

Now all I have to say is this short story was a frat-boy diary of Cabin in the Woods. Literally. If you enjoyed Cabin in the Woods, or any B-rated SYFY movie, you’ll want to check this book out! It really is cool how it made me completely understand what was going on so much that I could visualize it! Multiple things are important to remember while reading, though. Take this story as you would one of those aforementioned movies. It’s gory, it’s sexual (or at least alluding), it’s funny in a way that is completely stupid. The only thing I wish was better was the grammar because at times (and I won’t say because I don’t want to spoil anything) it was difficult to follow along or understand what was happening, like with the story transitions. A reason why I gave 4 stars in the grammar category. Once it’s fixed I’ll change it to 5, and if the grammar issues had just been in the diary part I would have given it a 5 anyway. But the transition in the end was just too much to go unnoticed, seeing as it was the ending of the story, and has the possibility to confuse readers. A really great thing I enjoyed, as someone who has a disturbing appreciation for both Cabin in the Woods and B-rated SYFY movies, is the thought process behind it all and how it ended. Nice job! I definitely recommend this story to those who are basically looking for a gory, yet amusing tale! I really enjoyed it!

Okay, not going to lie... I love how unique this is for a female character BUT at first, some of the writing confused me. Mix that in with how she acts, there were moments I was not sure if she was a female.

Later on, I was basically in love with her and her other half. Though my inner romantic can’t wait until the big bad Alpha realizes just how perfect she is for him, and they fall happily in love... she is WAY too much to handle right now. But what I REALLY can’t wait for is when she finally shifts and blows their little world’s up. I feel like, not only will that also (hopefully) make her calm down more, but I do enjoy moments when people don’t know what hit them.

Anxiously awaiting for more of this unique read!! If you are wanting some more strong female characters in your life, but you’re like me and are a hopeless romantic/werewolf lover... I’m thinking this is going to be a must read for you!

THIS REVIEW IS BASED ON THE FIRST 20 something or 30 chapters, based on the amount of chapters posted at the time of me needing to write this!

While it’s not typically a novel I would have chosen to read on my own, I went into it with the promise (to myself) that I would keep an open mind. When I first began reading I was flip-flopping back and forth between being intrigued and confused.

If you’re like me and love things that have historical fiction roots in it, I think you should definitely give this a chance! Immediately we are jumping in to the time period around the Civil War (I would guess) because it’s when the military were still “fighting” Native Americans. Now, I do really enjoy novels heavy in historical facts and scenes, and I do understand the difficulty and staying conscious of the fact. But when you’re writing a novel which is heavily set in a historical setting, it’s important to me for the writer to stay conscious of that fact while they’re writing and there were instances the dialogue didn’t match the time period it was set in. Off the top of my head, there was one instance where they mentioned “hot women”. Now, granted I had to look it up to know my exactly when women began being termed “hot”… but I knew it wasn’t proper dialogue for the time period. (Btw, women weren’t termed “hot” until around the year or 1926). It’s kind of nitpicking, but it’s certain things I personally notice and can’t get past.

I loved the descriptions this author wrote! He has such a unique way of describing scenes which meant I could see what he was describing. But I was a bit confused about the flow of everything. I, personally, think the beginning confusion may be helped thinking of chapter one as more of a prologue. It’s just my opinion but I feel like there is a thin line between waiting to connect aspects or the story and being too vague which causes confusion to the readers. But that’s just my opinion! Additionally, the chapters in different POV’s at times seems to be confusing. Now, I love books with different POVs (I currently am writing one with 4), but I feel like it may help to rethink who you would consider certain POVs some chapters are written in (like if it says Sam but doesn’t really show much of Sam, is it really Sam?). Or maybe even making it fewer changing POVs. Ultimately, the writer should always do what they want and this is still a first draft.

If you enjoy some Civil War era, Wild West vibes with tough outlaws, schemers, and criminal elements, you should definitely check it out! This novel has some amazing potential! There are awesome descriptions and some written sentences that when reading I took second glances at because the author was a true wordsmith, who is great at developing each chapter visually and with tension. Just pull up your bootstraps and hold onto the saddle! It’ll take a way to get into!

So, this novel is ongoing but I’m so obsessed I read the 18 chapters in less than an hour! Now, there does seem like some plot holes or loose ends or whatever you want to call them, but as I mentioned this is ongoing and is clearly a first draft. Additionally, there are some other first draft issues (that are easily fixable) such as grammar and punctuation. For example, a misspelled word here or a missed punctuation mark there. But I, who is a grammar freak on basically anything that I didn’t write myself, was perfectly fine with it because I. LOVE. THIS.

The author took such a normal and beloved werewolf concept and made it unique. With her well-written descriptions she gives us unique rouges I’ve never seen before, a STRONG female AND male MC, and a mate love story that is turning out to be awesome (with, if the vibe stays true, is going to be a Happily Ever After; with no unnecessary concerns that mates will cheat on each other or have any awful exes get in the way). Like there will be jealousy and others who want one of them, but us readers and the MC’s have no worry! I personally get this vibe from it and I love it! I think if there are such thing as shifter soulmates then there shouldn’t be any internal drama/possibility to be unfaithful and that’s found in so many books these days. That is not this book (so far)… and have I mentioned I love it? 🤣 Definitely recommend and will be anxiously awaiting the next update!

From the very beginning I was completely invested in these characters getting a happily ever after. But it was done so realistically, it was like I was on an emotional roller coaster between the two of them. Once they got out of their own ways, it was edge-of-seat material and a lot of internal screaming from me. Think staring at a game on TV, telling them what to do and getting frustrated when they weren’t doing what they were suppose to fast enough! 🤣

If you’re wanting a 18+ werewolf romance to read quickly, definitely check this one out!

If you are looking for some comical relief; some sad satirical letters; some good old fun... this is the place to be! Upon reading the very first chapter and what many of Inkitt’s authors, along with the author of this novel, were setting out to do I just knew I had to be a part of it. The imaginary publishing company called “Shattered Dreams” would have nothing on the author’s themselves! Don’t believe me? Just head in and check it out yourself!

I really enjoyed reading all of the other letters and taking part in this project. Not only was it genuinely fun all around, but it was truthfully cathartic. Whether it was something I had heard about my book before or something I had thought of myself, being able to write it in such a backwards and fun way was an adventure I’ll never forget! It was a way to finally address it and, hopefully, let it go.

I thoroughly encourage anyone and everyone to come read, and write, if you are so inclined. An adventure awaits within these pages!

It is a great start! I just know it’ll be a great book once it gets further on.

Though, I feel it’s a bit rushed in it’s introduction. I will admit to it moving almost too fast for me. I was a bit confused about things, mainly about how fast the plot was moving and even some holes where the main female character was concerned. Such as, how her family was fine not knowing where she was and her discovery of other creatures completely rushed, in my opinion. It is just something that can be fixed by writing more backstory/making it lengthier.

But it has great potential! Can’t wait to see where it goes from here!