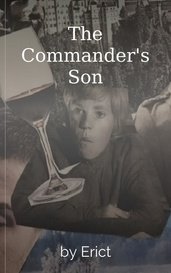 Love, babies, nurses, doctors and heroes combine with evil, heartbreak and war but Jurgen’s only care is Hilda, who he fears loves the Party more than she loves him, causing him to doubt his surviv...

Very Good with ability to be Better

This was a fun story with some good characters that I will remember for quite some time. My constructive criticisms for the author are: it would have been nice to be taken outside the village to break things up. Back in time to build the character story. Maybe the pirate tale is an ongoing plot line (as the girl is reading it?) that makes the reader try to figure out why it is in the story? As this was written I knew the conclusion would be in the unveiling of who the killer was by the main character, and that is okay and why i suggest placing another story within the story.

I liked the way the killer stuck around because of the treasure but would have enjoyed meeting him before hand. Same with the boy in the shop -- he was good with the customers, he may have been with the readers. At the end, after the mystery is solved, I didn't like knowing that the girl's dad "lived out his remaining days..." if this is part of a series you never know when he might develop into a useful character, pointing someone in the right direction or simply buying meat from the butcher. My point is, I didn't need to know he died, I was happy that he was reunited with his daughter.

Characters: The main character was charming but I think the author could go deeper. He could not read but was bright, okay. What else? He was big but sensitive. I needed more than the contradictions. Tommy from town? He needed a bigger role or be a nameless character in the crowd.

Paragraphs breaks with quotations at times left me confused to who was talking. I thought the descriptions during the story were very good and the actions moved at a good pace for the most part. I was hoping for a more direct path in the later chapters -- more of a sense of urgency rather than a build up.

All in all I enjoyed the read and that is what counts!