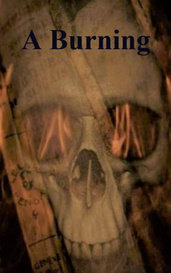 Outwardly serene and idyllic, the small Norman Rockwellesque village of Terrytown hides ugly secrets and a tragic past. When local outcast Jake Wadsworth goes digging for buried treasure near his h...

I'm extremely impressed with this. It's very imaginative and well written. I thought I had a good idea as to where you might be going with it after chapter two, but I was wrong. Still enjoyed it though and have no idea where it goes from here, but I hope there is much more. I can't wait to find out! Thanks for submitting!

The Ghost of my Mother

This an excellent and very unique story. The vampire concept allows for a great deal of creativity and I love how you explored the concept that humanity can remain in the monster.

There are a few editing issues like a missing word here and there, but there was very little of that, which makes the story both readable and enjoyable. Also, the main character seemed awfully young to think and act as she did in some of the early scenes, but I suppose it's possible for a child of that age to be so advanced in both mental and emotional maturity.

The most important thing i think this story has is something I can only hope to have in mine, which is the ability to excite the reader to continue on and find out what happens next. To keep the reader hoping and/or just guessing about how the story will be resolved, but very eager to find out!

This book is well written for the most part, although I agree that some of the transitions were a bit confusing and awkward. But I totally get it. Transitions are among the most challenging aspects of writing this kind of story.

I also agree with those that suggest the story could have been better edited. It's not terrible, by any means, but there are definitely some missing words and other errors here and there.

Lastly, and this is probably just me, but even though I like fiction, I like it to be as fact based as possible. And since alligators play such a major role in this story line I have to point out that from everything I've read and heard, alligators avoid people at almost any cost and are not the least bit interested in eating us. They are known to attack when they feel threatened, but an unprovoked attack would be uncommon to say the least. And again, as far as the eating humans issue goes, I heard one alligator expert at a preserve in Florida describe it this way, "If you put your hand out to a Nile crocodile it would bite it and may eat it. If you put your hand out to an American alligator it may bite it, but if it bit it off into it's mouth, it would most likely spit it out."

I completely agree with the first review. The pace is perfect and really keeps the story careening toward it's excellent ending. The somewhat unusual writing style briefly lost me a few times, but it was worth it!

Definitely intriguing enough to make once anxious to read the next installment. I thought the field, and playing, and little boy might have been explained already, but that's not necessary. Maybe next chapter. Something to look forward to.