I teach strong writing for fiction/fantasy novels. Will trade reviews. 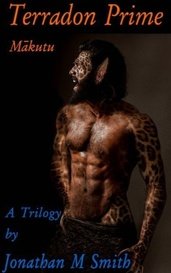 Suppose you were ripped from a life of bad decisions and transposed on an alien world without any memory of your past. Our hero vanishes in front of witnesses to discover a renovated body, the hea... 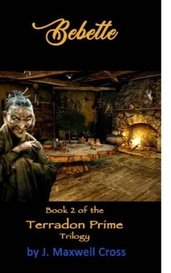 Sixteen years after the Mandagral's union with Pushiri the Oracle on Terradon Prime, Bebette resurfaces on Earth in a mutated psychotic break as she searches for her often vanished husband with a v...

This collection is so human.

The vulnerablity, honesty, and yes the eroticism. Only this style of poetry could communicate the range of feelings so profoundly and simply. I related to this, albeit from the opposite gender, yet sharing the same intensity and conflicts. The more people are different, the more they are the same. The author's conclusion satisfied me. As for technically, I would not change a thing. This book was a blessing.

The greatest review I can offer to an author, I grant to Dominic Brieter: I learned volumes about writing from reading his novel. In particular, he demonstrated vividly how to develop characters and to an insightful depth. (Not to mention, his research was flawless.) South of Hollywood is driven by named and groups of unnamed characters. I could easily see, touch, taste and smell the scenes to my delight and disgust. Even at the places where I had no point of reference to the period or culture, I could easily sense the drama.

At some point I gave up trying to determine a story arc for a protagonist who was equally an antagonist, ending up just as base a person as he intended to become in the prologues, albeit a “successful one” in the end, by his standard and in the grip of his culture. The protagonist, Iggo, stared into the abyss with the expected outcome.

Of the characters, the protagonist’s sister, Aurora, impressed me the most, acting principled despite her inescapable station in life—if existentialism carries any philosophical validity.

Existence before essence, the impotence of reason, estrangement from God, the anxiety produced by self-created moral systems, the inability to find lasting inherent value, all, left her, and the others with nothingness hanging overhead—an all to believable lie. This is my interpretation of South of Hollywood.

From a technical point of view, there are excessively long paragraphs and an occasional dependence on passive language in the narration early in the book, which dissipates as the novel progresses. I often found my self trying to carve the paragraphs up mentally into bit size chunks. The shifts in the POV, although necessary for a character driven experience, slowed me down to put on various sets of shoes to walk in.

This book will no doubt find a recognized place in the hallows of literature. I struggle to find any artist’s work with a similar signature, a true, large print, John Hancock—a declaration that need not be read with spectacles and written in defiance of judgment.

I applaud your first effort at writing. It is very relatable, very human. The book has the promise of being haunting and mysterious. I wonder if what you describe as fate or destiny might be replaced with a more tangible concept, making the story more evocative—what climax are you building up to? Start with the lie your main character believes, which holds her back. The inciting incident is meeting the mysterious guy, that’s great. Since this is a first draft, get your thoughts down quickly and keep the story moving, up or down. Just do not fall into the trap of creating a series of events. What core value keeps the story moving? Write to the crisis brought on by your antagonist. In the second draft you can define your story arc—there are six primary ones.

Next, prologues should be reserved for information outside the realm of the story to which the main character is not privileged and may never become aware of.

Most people do not read prologues. They skip straight to chapter one. Everything you included in your prologue should come out naturally in the course of the story as a matter of deep point of view. For instance, later, your MC recites facts to stay focused in Chapter 3. That is very unique and interesting. It kind of reminded me of a P.O.W reciting name, rank and serial number when being tortured.

In terms of your writing strength, you will want to focus on the following in the second or third draft:
• Frequency and variation of sentence starters. You depend heavily on initial pronouns. That’s fine for now. Later, keep them below 10 percent of your sentence starters and never in succession.
• Reading pace: [brackets] bring out unessential information, slowing down the story pace.
• Your sentence and paragraph length seem great so far.
• Dialogue tags (phrase that identify speakers e.g. she commanded…) limit them to said and asked and do not use them very often. Include the speaker’s name or description in the dialogue.
• Use of adverbs: only if they create a contrast with the verb they modify in a creative way. Publishers hate them as a rule. Use active verbs.

• Showing vs. telling, again, telling is fine for now. Later, let the environment show the story.

• Passive writing should go away in the second draft (have, had, has, was, were).
• Reduncancies: You repeated large sections from the prologue in chapter 3.

• Unnecessary, over used, and vague words (Words such as, it, nice, good, or pretty are vague, making it difficult for the reader to see what is happening.) The word that is an unnecessary word filter. Delete it or replace it with a more descriptive word.
• Cliches (judge a book by its cover) are over used phrases.
• Boring, excessive and near repetition of words or phrases. Creativity can come out in the final draft.

Finally, I recommend “The Emotional Thesaurus." It’s cheap and well worth reading. It teaches a lot about subtext. Best book I ever read to become an author. I want you to succeed. If you have any questions, please ask.

The vivid descriptions kept me engaged. The story is suspenseful and thrilling. I enjoy the foreign quotes. Consider placing them at the top. I had to scroll back a few times to make sense of the language. Otherwise, it was a very quick read. The cover initially drew me to the book. Very Creative! Can't wait for the climax. The rapid emotional escalation contrasted well with the non-chalant responses..