Find me on Wattpad @RandoFiction 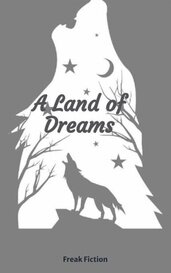 A Land of Dreams

The Forest is filled with the wolves. And amongst those wolves is Silas, once more betrayed and once more betraying, having given up. In the midst of it all, he meets Arche, his mate. The only one... 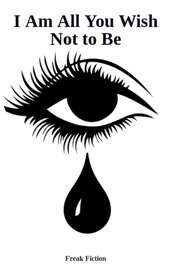 I Am All You Wish Not to Be

A poem regarding a fake person. 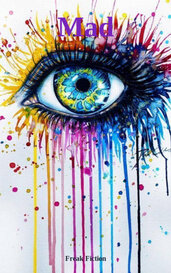 For you, my love, I’d do anything. I’d run away with you so we could live happily ever after. I’d hide for you. Crawl for you. Die for you. Kill for you. You are my everything, my acceptance, my f... 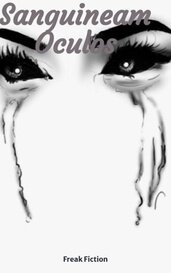 A series of short stories about the struggles of life that people may face.

Really Cool and Unique, but A Confusing Ending

I really liked it. It's unique and all the characters are written really well. The only problem for me was the ending. I was very confused about the ending and a couple of other parts. The last interaction between Mikael and Itsuki was just not written well and I don't think I got a conclusion out of it.

As someone else pointed out, the dialogue and thoughts were both italicized. It was hard to follow. I honestly feel like I started in the middle of a story with no background knowledge. But I do like how it goes through events that do happen to people in real life and how people struggle with it.

I really enjoyed the action! It gave me chills. It wasn't too long or too descriptive, which was nice. But there were some aspects that I didn't particularly enjoy.

First off, I saw no character change in either of the main characters. One second Kevin dislikes Natasha, and then he's in love with her. Not saying someone has to change constantly, but he's a person with severe trauma. I would have loved to see something more gradual instead.

Second off, WHY would he fall for Natasha? There are honestly no redeeming qualities about her. She's annoying, self-centered and doesn't see her own faults. ALL the women are like this throughout the book, and as a woman, it's kind of annoying. It was like a gaggle of girls instead of just a couple of people who happen to be women.

Third, let's talk sexual trauma. No one - and I mean NO ONE - can talk about their own rape with such nonchalance. There are those in denial, those who hardly remember because they block it out 'cause trauma, and those who remember and suffer psychological side effects. Natasha would be the third, but she No, I don't know all about this topic, I'm not an expert, but I have heard too many horror stories, and you honestly speak about it as if you've never heard of it. It's a very tentative topic, and it could be almost seen as an insult to those who have suffered because of it. Natasha was brutally gangraped and she has absolutely NOTHING to say about that? Please do your research if you wish to add these themes into your books. This also does not mean there has to be a trauma arc, it just means be more sensitive.

Last, grammar. There were some recurring mistakes throughout the book, such as switching between calling Natasha Tasha, and that was confusing because it was so random. There are also instances where you put "he is" and it would have been much better to have "he's", or "they are" where there should be "they're." This would have made reading it more fluid. There were a couple of grammatical errors throughout, but overall it wasn't enough to dissuade me from reading.

I did really like the plot, I think it's interesting and could go somewhere, but it was somewhat uncomfortable with my second and third points. It could be a lot better and has potential.

It was a bit confusing at the start, but then you get used to the way it's written. The format actually helps the way it goes back and forth between characters. You understand the other characters, even if you don't agree with them. There's also certain level of ominousness that comes and goes because it jumps back to the past and you know what happens in the future.

One thing I would recommend is in the name key at the beginning, maybe letting us know how to pronounce the names of the characters because some of those were confusing, but overall it was a really interesting read.

This was a strange and spooky book, which honestly gave me shivers. I don't want to say it's cliche (because it's not), but it does hit all of the classic horror story elements (as someone else pointed out, spooky graveyard, haunted house, etc.). It was very original in both the way it was written and where the plot went. I also enjoyed the noticeable references to Edgar Allan Poe. If I thought of a good horror/mystery book, I would immediately think of this.

Read it the first time and it left me being like "Wait, what?" so I had to reread. I felt like I knew what had happened and I got it, but I kept on second-guessing myself. When I finally realized what he'd done, my jaw dropped with both surprise and realization that I'd finally gotten it.
Very well written. Short enough that you can reread if you don't understand, long enough that it keeps you entertained.

As someone else pointed out, it would be a good graphic novel/manga because there's so much description with the action. That coupled with the fact that it was written in really long paragraphs made my attention wander eventually and I couldn't get that far. I also did comment on how fast paced it was. I couldn't get attached to the characters and couldn't understand their reasoning for making the decisions that they made. There was no adjustment period for Toby, I feel he kind of went from his previous looks to his new looks and he was instantly fine. Especially with the part where he was self harming, it was clear he was deeply struggling with himself and how he looked, and then he jumped to this new body type and he was instantly like "wow, okay now let's see what needs to be done" and that wasn't addressed. Overall, it has a really unique concept that I like.

I haven't read the first book, but I can already tell it was really well done just from the first few chapters of this. One thing I really enjoy but don't see because it's hard to do is a nice pacing. It goes along really well, leaving enough tension for people to wonder what's going to happen next. There are no problems with dialogue, and the paragraphs were nicely spaced out. Overall it was an engaging read and I can't wait to see where it goes!

Curious to See Where It Goes

So far, it's really interesting. A couple of grammatical errors, but not so many that it makes any impact. I'm really curious to see where this goes.