It is little bit edited.Can you read it now ?

What does everyone think about flashbacks? Nervous my novel will turn out confusing for using them, but then again, just have a character lay out a plan in the present timeline seems so boring. Anyone have strong thoughts that could help?
Reply
Remove Report

daniellelynnlabore @RowanHill flashbacks are great! I have used them a couple of times as well. It definitely makes the story more interesting, and also shows which memories are important to the character. This can better define the character’s personality. If you’re ... See More
worried about the novel being confusing, try writing the flashbacks in a different font, such as italics or bold. At least, that’s what I use.
Like this? Reply Posted
Remove Report

Rowan Hill Good point. But what do you think of flashbacks that take up a chapter? And multiple of them?
Like this? Reply Posted
Remove Report

daniellelynnlabore @RowanHill multiple of them are good. as for the one that take up a chapter, you should probably have some way to let your readers know it is a flashback. Different font works for this too, but maybe in the next chapter you could also clarify that ... See More
the character was daydreaming, or remembering something from his/her past.
1
Rowan Hill

How should I space my work? Should I use double space, single?
Reply
Remove Report

Kiara Stonestreet I use double.
Like this? Reply Posted
Remove Report

.I have updated it's five chapters .please review it.

Hey how to get in the group

Can we start out posting a chapter at a time? I'm still in the process of writing as it flows, but would love feedback. Just don't have the guts to post...yet.
Reply
Remove Report

KiawahAdev Yep, that's what I do for all my stories!
1
Haber Klistrao 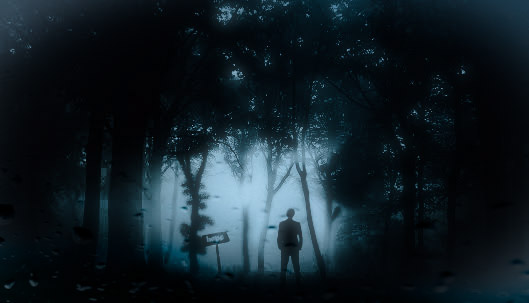 In the heart of the ruined city, underneath the cloak of faded stars and accompanied by the new moon, the waves of cold and merciless wind scattered around like a mysterious maze build out of thorns which felt soothing to that dark soul whose world was ignited ,crumpled and turned into ashes leaving nothing behind to heal .

back to this world ends. The lost soul weeps .

Eyes screaming for the blood, kneeled on the cobblestone floor of the cemetery, hands imprisoned the bunch of poor 'forget me not' in a vise grip , crushing them . His nails so sharp dug into palms like razor scattering the thick maroon blotches.

A laugh so wicked bearing the promise of doom. Stance alike demon. Silence, agony, monstrosity and stillness were his only jewels.

A smile resemblance to satan broke out on his face and the helpless creature who dared to take a glimpse, trembled like a dry leaf. "you must xavier! We have to prepare for another funeral in no time"

A story which will blur the line between hatred and love . The emotions which keeps us sane will become the sole reason of two wandering souls damnation.

Mystery, lies and secrets are bound to be revealed. But who will survive till the end? What will win among revenge,passion and aggression?

Yvonne rose Carneige is a sweet and pampered woman who didn't knew that a certain someone will be the reason for turning her world upside down. Will she be able to cope up with it or broke down due to repercussions of her actions? Will love conquer hatred or hatred will turn it into darkness?

new here just downloaded the app. i have some ideas but havent really written anything yet just putting together ideas. hope to read good stories and get good feedback when i post mine :)
Reply
Remove Report

Was such a good idea. I will be doing this before to see if the story that I have already wrote fits then make my changes as needed.
Reply
Remove Report
{{groupPost.name}}
Like this? Reply Posted a few seconds ago
Remove

this is a novel about a simple girl whose life turns upside down completely when she comes to know about the secret behind her life. it's a book of mystery, adventure and fantasy

Learn the basics of how to begin outlining your novel, starting with understanding basic dramatic structure in three acts.