Hey everyone! I wanted to make sure that our NaNoWriMo event gets announced for all of you Sci-Fi authors! Here is a list of our events for this month and include both weekly events and of course something for the entire month! https://inkitt.zendesk.com/hc/en-us/articles/360017364179-Inkitt-s-2020-NaNoWriMo-Events-

Do any of you have any new Sci-Fi stories that you are already working on for NaNoWriMo? :)

So I have this idea about a story I want to write, I wrote a small portion of it but now I am stuck on exactly where to go with it and how to describe the world I'm envisioning for this story. The Book is called Sky Knights...so just ff of the title what would you think the story is about?
Reply
Remove Report

Gwen Thames I envision a futuristic world where an elite group of soldiers wear medieval-looking armor and jetpacks while fighting bad guys...
1
Nikkilett

Gwen Thames Or... the name reminds me of a squadron of WWII pilots - it seems like a name they would have had. Perhaps they get sucked into the Bermuda Triangle or something! :)
1
Nikkilett

Was just reading some interesting posts about dystopia and utopia. I really like the inventive world-building ideas. For the longest time I've tried to come up with some world-building for my elves. I keep imagining a palace that is somehow connected to the sea, Maybe some kind of Frank Lloyd Wright creation.,
Reply
Remove Report

According to science, any time travelling device must move not only through time, but also through space. So H.G. Wells' stationary machine would not work. For it to work a time travelling machine has to be mobile, like a car. I'm tossing this out there in the hope that one of you kids will hurry up and make a time machine. I have unfinished business in the eighties.
Reply
Remove Report

J.B. Ezar @RobertRedinger "According to science" is really, really vague, I would like to see your sources. If moving is supposed to compensate for planetary, solar and galactic movement so the time traveller didn't end up in the vacuum of space, you would need something much faster than a car.
Like this? Reply Posted
Remove Report

Robert Redinger @J_B_Ezar It was a book about time travel from Writer's Digest that talked about the science of time travel. I'm certainly no expert, just tossing it out there for discussion.
Like this? Reply Posted
Remove Report

J.B. Ezar @RobertRedinger I'm still curious about the reasons for such a restriction. Travelling in time without travelling through space is possible: you still move forward in time at a normal rate when you stand still in space relative to your reference ... See More
point. The faster you move through space, the slower you move through time. But since travelling backwards in time or time jumps currently aren't possible, it's up to us, science fiction writers, to come up with a believable model.
1
Gwen Thames

Gwen Thames This is an interesting conversation! I am by nooo means a physics expert, etc., but have put a lot of thought into time travel with my Times Series books. In the first two I didn't really put any 'science' in there, leaving it all mysterious. But in ... See More
the last one (I'm still working on), my main character is a Time Travel Scientist from the future. Yikes! Now I had to start thinking about the logic behind it! Someday when it is possible, the Time Travel Scientists will look back at our stories and movies and have a good laugh!! ;)
Like this? Reply Posted
Remove Report
{{groupPost.name}}
Like this? Reply Posted a few seconds ago
Remove

NaNoWriMo's here everyone! For those who intend to participate in the event please don't forget to fill out the form each week once having completed the 11,666 words a week requirement in order to earn your badges. Keep in mind you earn a badge each week you complete the 11,666 word count, for a total of four badges for the 50,000 word challenge.

That being said, I finally got around to finishing the final season of The 100. Thoughts, anyone?

Hi there folks! Please keep your self-promos for the Review Me group.

Feel free to discuss anything Sci-Fi related but please refrain from advertising your works here. Requests for feedback and or review exchanges can be made in the Review Me group :) 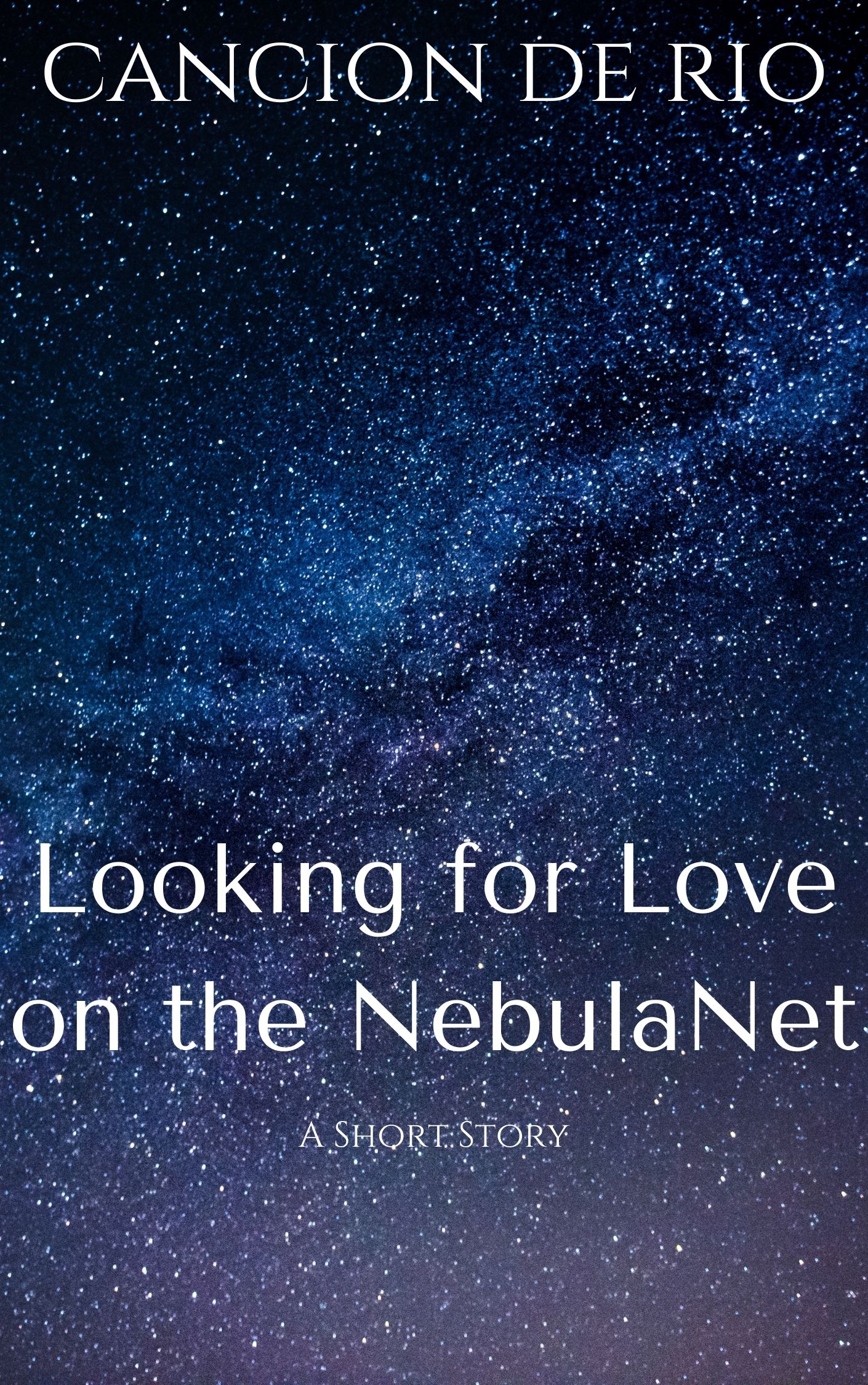 Hello, I'm looking for ideas for a name for a futuristic, intergalactic dating app...I seem to have an affinity for acronyms and all I've come up with so far is IDA, which is, and yes I came up with this all by myself lol: Intergalactic Dating App. My eldest kid said it reminded them of an old person, so... I think probably I don't want to use IDA..
Reply
Remove Report

Cancion_de_Rio @J_B_Ezar bit restrictive I think, but thx for the suggestion x
Like this? Reply Posted
Remove Report

To all you readers and writers out there.  Check out the SciFi novel  B.R.A.I.N, it is super enjoyable.  Highly recommend!!!
Reply
Remove Report
{{groupPost.name}}
Like this? Reply Posted a few seconds ago
Remove

I have a question.

'm writing a dystopian story set in a world founded by climate activists years from now. The story isn't about climate activists, but it's the setting. What do you think that world would be like?

So far I think:

- there would mainly be hydraulic power from the cliffs, where no one may go.

- there would be a curfew, and no streetlights on in the evenings or adverts etc.

-Adverts would have to be specially warranted, or written like the roman's political campaigns on special

pillars made for them, since the buildings would have living walls: greenery climbing in pockets of material protecting the actual house.

-Book shelves would be small and narrow, to cut down young trees instead of the old ones that can support all the budding ones.

What are your thoughts? I can't wait to hear your ideas!

A world like this must be built with sustainability and minimal impact on the ecosystem in mind. Think renewable energy sources (wind, solar, tides, waves, geothermal), complete recycling of water, nutrients and building materials, and symbiotic

... See More
relationships with nature (natural habitats cannot be sacrificed to build cities or agriculture complexes). Ideally, the cities would blend into the natural world, and nature would get priority over people’s needs. No light or sound pollution, controlled carbon emission and population growth, responsible usage of resources. Nothing dystopian in that, IMHO.
2
Serenityy
Hadley M. Kingsley

Hadley M. Kingsley What kind of symbiotic relationships could you imagine our dwellings having with nature? That’s an aspect I haven’t considered yet. I call it dystopia since it’s set in the future, and does not yet exist, and because there are other political ... See More
elements. I’ve thought of the list you’ve made too - the question is, how would it actually look, smell and feel like when currently we use so many unsustainable materials - from the economy to clothes to containers to the use of technology: what would be the hallmarks of that civilisation?
Like this? Reply Posted
Remove Report

Isn't it the best part of a writer's job, to create a world with our imagination?

Let's see. Parts of dwellings which are still growing (walls of living trees), habitats shared with animals (forests on the roofs), or, if the technology is

significantly advanced, occupying places uninhabited by other species, like deep inside planet's crust or high in the atmosphere (be sure not to rob the surface of its share of sunlight). Furniture made from reclaimed materials where no plant or animals had been harmed (like grated and pressed fruit pits); objects made out of natural materials which are quickly replenished (fast-growing but slow to rot wood), or organic waste (bones?). No waste principle: use every part of (already dead—no killing!) plant or animal, recycle, upcycle and repurpose. Basically, the mentality opposite of "ending is better than mending".

A dystopia is literally a bad place, the opposite of Utopia, a community or society that is undesirable or frightening. I guess a society that is, by its own choice, at equilibrium with its planet can be dystopian, e.g. humans would have no priority over animals or plants, but at the moment, it doesn't seem such a bad place to me.

Hadley M. Kingsley Yes it is! Some of your ideas are similar to mine - living walls, and I was thinking roofs with smaller plants on top. I like the idea with the fruit pits and, maybe, bones, which i hadn’t thought of. I’ll still ponder on the idea of symbiotic ... See More
relationships... Ah, I get what you mean. Maybe it can’t be called a dystopia, since it has elements of both dystopia (politically) and utopia (environmentally) in it
Like this? Reply Posted
Remove Report
{{groupPost.name}}
Like this? Reply Posted a few seconds ago
Remove

Hi everyone.  Please take a look at my book B.R.A.I.N and let me know what you think.
Reply
Remove Report
{{groupPost.name}}
Like this? Reply Posted a few seconds ago
Remove
Show more

Strap in, blast off, and discuss all things Sci Fi. Talk steampunk, space travel, time travel, and all else in between.