It is often said that when Rome fell the western world fell with it. Yet men and women lived on, they loved, and they suffered. For with the fall of Rome the tyrants of earth and hell both march t... 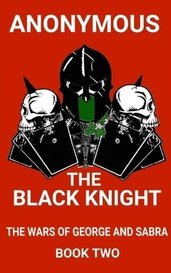 What follows is the myths as we know them and the history as it was recorded. Cedric King of Wessex now marches on Briton with a singular goal, the utter destruction of the Briton race. If George B...

Great potential for this book. Definately needs to fix the beginning. but the red riding hood symbolism with the grandmother loved it, more of that, please. A little ok (a lot) slow of the reveal of the werewolf and the male MC. But I imagine once the beginning is fixed this will be a truly awesome YA shifter book. Definitely needs to fix the tense the present first person is hard to adjust to.

Alright, It's still great. but I'll be honest you lost me in a few places. It's not as good as your other stuff. Still way really good though. Though you could use it to polish the wording and grammar a bit more.

I liked this one more than the grand slam. You might want to put a line in there that specifies he's over 18. You should keep going on this one. Though one thing going to say it. Quotation marks. You need to use Quotation marks. lol

So I almost never read nor review this sort of work. But honestly, this one wasn't bad. it was short. It was fun. I would certainly have preferred her going with an older guy. The cradle robbing bit was a little off-putting. but I enjoyed the style.

Good book for fans of History, and Nephilim

So I tried to offer up a nice change from the constant werewolf meets vampire, instant chemistry, they fight, they eat people, they have sex. repeat! repeat! I mean sure we love it, it's classic but sometimes it's nice to have something new.
So I attempted to merge two stories together. One is the King Arthur myth we all know, the other was the story of Emperor Justinian, Belisarius, and the Byzantine wars of Reconquest. Actually, the latter is an arguably better tale though it's one no one has heard about.
I have also included at the start of each chapter a quote, either taken from a historical source or one of the timeless pieces of Arthurian lore. Know it's probably a party foul to review your own stuff but I wanted to put this in and inkitt for all its wonderfulness, didn't give us a place to do that.

Read the story now
Tales of You and I: A Collection of Short Stories by svara_narasiah
Overall Rating
Plot
Writing Style
Grammar Punctuation

To good to be here

This stuff is amazing. It's poetic, the symbolism is gripping and enjoyable. just subtle enough to keep you wondering and yet not so subtle that you miss it. and the mechanics are almost flawless. Truly amazing read.

This book has so much potential to be amazing. the characters and the dialog is just perfect. I loved it. however you need to work a little on your male voice, and you desperately need to flesh out and improve upon the setting. They are epic characters but seem just out of place in this teen drama you've built here. Also, you need to improve your male voice for Trident, sometimes it's perfect and alpha, other times it falls into well he sounds like an overly sensitive teenage girl.
But a great story that has the potential to be amazing if placed into a fully fleshed-out setting.

I enjoyed this book. But I found the cast hard to follow. You give everyone there name even filler characters like gaurds. And your very dialogue heavy.
Your story is awsome. And you do a great job in your dialogue of showing this world the characters place in it.
However you should remember this is a book not a screen play. At times rather than using a character names you should refer to them by what they are pilot, former military ranks.... extra. Just like you wouldn’t use the same word in a paragraph you need to find synonyms for your characters. That makes it easier for readers to follow and helps you develop and describe the characters for the readers. Also introduce your characters more slowly, spend some time building there relationship and back stories through interaction rather than flashback.
Also spend more time developing your setting. The places planets and ships in a space oddessey are arguably more important than your characters. I would have loved you to have spent some time discribing the prison, and the ship.
I loved the quotes you set at the beginning, I would have loved to have seen more of those, maybe even one per chapter like in the Dune books. I find they do a great job of setting the scene and building your world without slowing down the story. But then I am partial to using quotes. Check out my book Gurzil and you will see.

A great story and I Look forward to seeing it develop.

So I like the concept and I like the characters.
Some historical inaccuracies but then I',m one extreemly judgey about such things. lol. I mean for my book about the saxon I read the primary source texts.
I think it could became a really amazing book.

My Books To Read