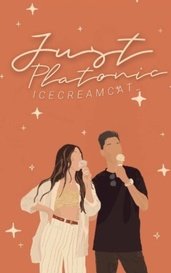 Warning: Triggering topics Many people think they are dating, but in reality they are just really good friends. - Jackie is the most popular person at her school. She's involved in basically every...

Other / Drama by IceCreamCat_ • Ongoing • 7 chapters

I would just like to say that there are minor grammar mistakes, but that is the only thing wrong with this book, well other than the problems talked about in the book but they need to be talked about.

This book is amazing. I love it. I love how inclusive (I forgot the word) the author is and how they don't just have white people but Black, Mixed, and Muslim. I love the inclusion of more than one religion. I love the representation of the LGBTQIA+ with gay, bi, and trans characters. I do wish we would've gotten more time of both of their friends, so basically more cute scenes. I can't wait until I start the next book. This author is amazing in the way that they have multiple relevant society issues pointed out and how they deal with them. Racism and religion are huge issues that we are dealing with today. Many people are saying that niqab and burqa are their government or spouses oppressing the women who wear them, when in fact it is their religion. They wear them because of their religion and what it means to wear it to them. They are not oppressed-- many aren't but some are. I have been told if I date or marry a person of color then I will be disowned from my father, but I could care less because love is love no matter skin color or religion.

I feel like what I am trying to say isn't coming out right. This book is a good read. It has modern issues that many people deal with on a daily basis that aren't widely talked about or over looked, especially in the time that this book is placed--I'm thinking pre-2020? Although at times when doing the math of when stuff came out and how old they were it might be 2019 or further in the future? I don't know for sure.

I am loving the story so far, even better than the first one-and I don't say that a lot about the books beyond the first too often. Just a few spelling mistakes here and there, but it's not a lot. I can't really explain more because it's not over or has a lot more chapters, but I am looking forward to reading the rest of the story. This author is captivating.

While this story is good, I did not feel like there was much character or relationship development, with that being said there are also a lot of plot holes, especially regarding Malcolm and Is. Also, there are grammar, punctuation, and formatting mistakes. They don´t take away from the story, but there are many of them. I also understand that this is a rough-draft as well. Sometime's there was points where the POV would shift from third to first even though it is mainly in third.

Now, overall this story is good. It is unique. The blood/hell hounds kinda reminded me of that from the Lunar Chronicles, but are different. I don't like how fast the relationship developed/moved, but I still love Taliocolm or whatever the ship name is. The way it ended with the extra chapter makes it seem like something else is going to go wrong, so like with their son. It was a good story over all.

Where can I get me a Nick?

If you love a strong independant cowgirl, a cowboy finding what he's always wanted, some smut, cute scenes, and a guy good with children? Then I'd say this book is for you. And if you don't like those things but like a slow burning romance, read this. It took them so long to kiss or do anything, but it was worth it. I don't think many people leave this book unsatisfied.

Guys! This story, it is amazing. Yeah there are a few grammar/punctuation/format issues, but it was only one or two. Other than that this story is perfect.

Nick is a gentleman, and a character you will love (if you are straight, well really anyone will love him I feel like because he is just *Chief's kiss* perfect). It is a cliche story, but it is really a good story. They actually fought (I think it was twice?), like a real couple does no matter how happy they are. The way he took her on that date, how he proposed, how they announced they were pregnant (both at his birthday and at the wedding), and the spicy scenes are just, my heart.

Spencer is a strong independent women who faced so much in her life, and at a young age too. She stayed strong for so long on her own that she had a hard time accepting the help and that someone was there for her, and Jay, to stay. The bull, god the bull. If she wasn't so impatient or do-it-myself, but then again the people who dropped her off should've warned her about him.

My only problem is how old is Jay, because at times I thought he was four or five, and others it's said he is three. I was just confused on how old he is if he is in pre-school. I know that pre-schoolers are typically 4-5 years in age. I don't think they are three unless they need extra development help I think? Then again I could be wrong about it all.

While this is an amazing story, I felt like it was only about sex between her, Sal, and Logan. Not to mention that she seemed more taken to Sal than Logan. I felt like there should've been more to the relationship than just sex. The plot is good, but I just felt that it was stupid she risked her life when it's not just HER life she had to think about. I thought that was very stupid of her. The change in Riley (I don't think I spelt her name right?) was dramatic, like she was shy and inexperienced and then she just adapted so fast to the life it's like a switch was flipped and she became more confident? We just didn't see a huge amount of character or relationship development. It was a good story over all though.

The punctuation was not there for most of the book and I felt like the author was trying to do first person but went to third person. Their are come spelling mistakes, but the format is all out of wack. What I mean by that is there are line spaces where their shouldn't be and the fancy scene separator. If this story is ever edited I would focus heavily on the format, and punctuation.

Waiting For An Update