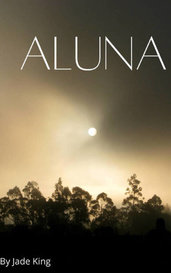 Aluna has always been different from everyone, including her twin brother. Even so she thought she'd at least always have a home. But life doesn't take kindly to those who have expectations. She no...

Why did you need to make her so... unrealistic in the beginning? What *exactly* is the reason for her just not even talking about the fact that he left her in a dungeon? This isn’t normal. She was literally going through anguish in the dungeon. We hear her talk about the resentment she feels towards Ethan for the entire situation and then he takes her out of the dungeon and she just... doesn’t say anything? Did those feelings just disappear? Being tortured is a trauma, is she just trying to suppress it? Are those feelings repressed? Even if that is the case why is that not shown. Her actions don’t make sense to me and I don’t even have an understanding or a background for why. How am I supposed to keep reading when such a big impactful story arch has just happened and the characters just don’t acknowledge it. Is she just slow? Like I tried to read the next chapter but it’s looking like she has absolutely no intention of even mentally sorting through what she’s been through and I just can’t with that. I just can’t.

I got to page 33 and gosh I feel like there could be so much MORE. For example you could have elaborated on Jessara’s training history; why Dillon is how he is; Killian’s story as a whole; the layout of the pack land; the pack dynamic; the alpha’s love for his lost Luna and an underlying sense of grief because of it.

Also the tension between Jessara and Killian could have been drawn out more or even just written more descriptively. Like we find out he was saving himself for his mate... AS they’re mating? That could have been such a good source of hesitance for him., and by extension given his character an extra layer of sentimentality. Like up until this point alone could have been a book on its own, why did you feel the need to cram so much information into one story?

The plot itself would have had me coming back for a sequel, but it feels so clinical and... skeletal? Is that the word? It’s hard for me to muster up much of an emotional connection for the characters and by extension the book because of that. Are you planning on going back and editing more detail and nuance into the book? Because if so, I’d love to read the finished product. But for now, I really can’t finish it. It’s like eating carrot cake, I want to like it but carrots should not be inside a cake. Much love - Jade❤️

So far so good