I'm a lover of anything and everything romance-related, provided I get the happily ever after. It's almost an addiction, Like for real... 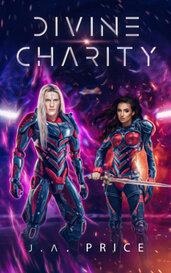 Khamuel is forced to visit earth when his healer is found dead. Visiting Earth's consulate for star travelers is his only chance to find a replacement. A malfunction of his forager causes an accide... 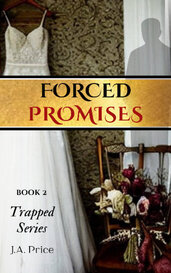 One stupid mistake. A night they both wanted to forget. He didn't want her. She didn't want him. They had to get married. It was joke. It had to be a joke. Didn't it?

First and foremost, the author is highly talented. She keeps you swept up in her words and you can literally feel every emotion she is trying to convey. That being said, the story is way too long and I nearly didn't finish it because it just seemed like it was never going to end. We harp on things for chapter after chapter and after a while it gets old. Then again, you can't stop reading because the writer IS good at what she does. So yeah. Great writing, but there is such a thing as too much of a good thing.

This isn't a romance. I'm not sure why it's listed as one. It's more of a drama/love story I guess. If you're looking for the HEA, or a HFN or hell even a few happy moments, you won't get it here.
The grammar, syntax and punctuation needs a lot of work. If you just want to feel sad and depressed then the author delivers that in spades, but it definitely shouldn't be listed under the romance genre. I would have still read it if it was listed properly, because the author does tell a good story, just don't come expecting an actual romance.

Okay this is marked as a romance but it is definitely NOT a romance. It's not even a dark romance. In the "Romance" genre, the MC's come together at the end for the "happily ever after", or, at a minimum, a "happily for now" ending. It doesn't even really fall the the "love story" category either. Not really. I guess in his twisted way he thinks he loves her, but she genuinely hates him and there is no romantic energy between them. I think if you stretch your imagination you could call it a love story since they're married. It's a drama for sure, though. Author needs to learn which genre she is writing for and label appropriately. That said, the story is good. It's VERY dark with explicit descriptions of rape and abuse. I couldn't stop reading even after I realized that this book wasn't actually a romance. It's a damn good story. Yes, it could use some editing but nothing so overt that it took me out of the story. The problem is, we never learn why Damien behaved the way he did. He came from a loving family. His POV never explained anything except that he "doesn't know" why he behaved that way and that he's a bad man. We never took a deep dive into his psyche to try and figure it out. Vague mentions of him being a Don but nothing mafia/mob related other than her gang-rape, so not sure what the point was in bringing that up. Plain and simple this is just a story about the acts of abuse the FMC suffered.

This is a work in progress and I am looking forward to reading each chapter as it comes out.
The story itself is good and well paced. The writer doesn't blow through the scenes leaving you confused, nor does the author drag on commentary or descriptions for longer than needed. I already like Seraphina's mischievous character and the side characters are realistic. I'm genuinely looking forward to the next chapter.
As others have mentioned it does need some editing, but to me, this did not detract from the storyline. I understand that a lot of users (me included) often begin their drafts on these apps and save editing for later.

As someone who has been in the military, I usually shy away from these types of stories because they are typically inaccurate, and the portrayal of those who serve is way off, and their depictions of military life is laughable. That's not the case with this story. True, I don't know much about the Australian army and how they work, so I have to trust the author did her research, but this is a really heartwarming story. I actually really enjoyed it and I can see myself reading it again in the future.

This is an amazing author that even my snobby ass could not stop reading. I literally stayed up all night reading and actually got mad at my husband when he asked me to stop reading. Invicata has a way of drawing you into her world in a way that makes you understand all the different POVs and even even root for them when you wouldn't in real life. It's a crazy ride.

Read this story recently on Wattpad and I laughed so hard! It's hilarious, frustrating, aggravating, sweet and well. FUNNY! This writer has a knack for engaging all of your emotions. I would recommend this for readers who enjoy emotional roller-coasters and yelling at the MCs to pop their heads out of their butts!