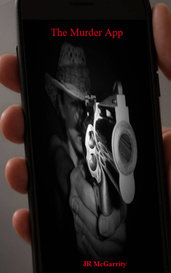 Frank Cherry meets a woman on a dating site and is infected with a virus- a computer virus that is. He loses control of his computer as well as his cell phone and is immediately instructed to pick... 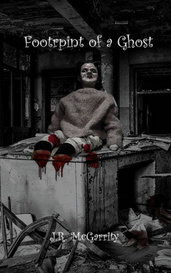 FOOTPRINT OF A GHOST

When the bones of a skeleton are accidentally unearthed during routine repairs to a barbed wire fence on his uncle's farm, an eight year old boy's eerie dreams and frightening visions explode into ...

I gave the chapter stars across. I think it is an interesting start. I can see that you layered some things into the character that you can build on later as the plot unravels the character or the character unravels the plot... whichever. In my own writing I tend to sometimes focus on certain details or descriptions that I find fun and think the reader will as we. You described the house... to paraphrase- "I lived in a run down house on the outskirts of town." I didn't go back and look, I think that is what you wrote. I think it might be cool if you added something like.... "I lived in a run down house on the outskirts of town. At one time there was a small statue of St Francis out by the front gate. It was about a foot and half tall and weathered and had no head. One of the neighborhood boys had smacked it off with a hockey stick and pushed it up and down on the sidewalk just beyond the yard. I don't know why. I guess he didn't have a puck. Or maybe he didn't like St Francis. I suppose it doesn't matter.

A Lovely School for Ugly PIckpockets

Very well executed.. I really enjoyed the authenticity of the language and was happy that it wasn't over done.

Poetry is hard. The poet... Poetess... opens herself up and revels herself and makes herself vulnerable to the world. Thank you for that.

I myself hate rewriting and grammar and spell checking. Those of you who have read something of mine might agree, I don't know. I noticed a few of those kinds of sins in the collection. I wanted to start off with that and get it out of the way.

One of the things that I have noticed about the writer is that she is descriptive. I don't know if she chooses to describes things the way she does because of other things that she has read... i.e.. her influences... or if it is just because of the way she sees, in her imagination or mind's eye, the world in which her story takes place. I found it particularity effective in the tale about the highwayman... "the almost deserted marsh road seemed a magical place..." It set the mood and gave us an idea what to look for as it should.

I have also noticed that the writer likes to establish a sort of accepted way the story should run and then twist it around to where things don't work out exactly as calculated.

Very interesting tale. There were a lot of twists and turns in the story... I mean that from a writing perspective or reading... not irl. I found myself continually being faced with situations in the story and plot developments that I didn't expect. That is a good thing, from my perspective. And further, from my writerly experience ... I find myself doing a fair amount of online research... thank God for Google. And since I don't know a lot about a lot of the technical stuff in LASH. I wondered if the writer did a lot of research as well. Enjoyed it. Thanks for sharing!

Sexcapades Of A Wanted Women

Admittedly, this is not my genre. I am a male and I wanted to read some erotica written by a female for perspective on a couple of sex scenes in my novel, This was an eye opener. For the most part I found the writing style effective. There were some typos and word choices that I wasn't sure about. But it didn't distract me. I hate proof reading and editing my own stuff, so that's what I figured about the few things that I saw in this story. I feel like the story was well thought out and well executed. I would say good job.

This is very well written. I was immediately struck, as I was reading, at how natural it seemed that the authors words must've flowed from her. I was also struck by the clarity of the situation- that is to say, that the author understood what she was writing about. And she was able to convey it in a way that made it real for me.