a lost soul will find it’s place underneath the words - editor. 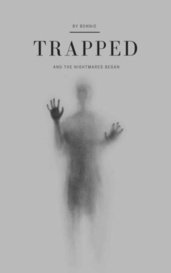 and the nightmares began.

Other / Poetry by bonnie • Ongoing • 9 chapters 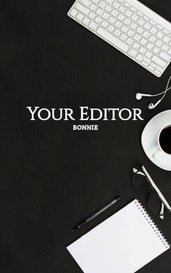 An editor's job is to get your book to its full potential.

Other by bonnie • Ongoing • 3 chapters

Usually when I give out “reviews” or constructive critiquing as I like to call it, I study the novel chapter by chapter and note down what I think as I go. However this is a long book with long chapters, and I gave you my word that I’d check it out. So I’ll update my review once I’m finished because it might take a while.
However, by what I read so far, I can tell it will be a very interesting journey. I like the buildup. The transition between scenes is fantastic, you took your time with including all the said actions without skipping any, and gave each of them the same amount of importance.
And you have well-planned time line that I’m actually quite impressed.
The paragraphs are a bit lengthy. There is a fine line between enough detailing and it being overdone. Yet one point stands and that is, it has to have a taste to it. You should focus on channeling your emotions rather than depending on your words. It’s okay to have a fewer amount of words that have emotions behind them to detail a scene, that will take the reader to another level.
Your book gave me a F. Scott Fitzgerald vibe with the detailing, as in you described things that for others can be considered insignificant yet you made them important in a way. I've recently reread some of his work and it's something that came to my mind while i was reading your book.
There are a few errors throughout the chapters that can be easily spotted and fixed once proofread. A misspelled word, a few messing words and an obvious grammatical error. I’d suggest using another set of eyes to read over as I have experience with triple reading and still not being able to spot any mistakes.
Continue with you great work! It is a publish-worthy book!

First, let me point out that the author has true potential, however as I view this book from a constructive critiquing point, I have a few things to say.
It is a bit unclear, how they know each other. Because Mr. Winter clearly has an in with Mr. Klein yet they supposedly meet for the first time to investigate the murder of Mrs. Winter. Which may I add is a detective’s job rather than a cop\ officer.
There is an unclear jump between chapter one and chapter two, where the conversation at the end of chapter one could have further continued. As well as the fact that Xavier knew about the lie detector test without being informed by any of the police force employees.
In chapter three, the lie detector test was executed "wrongly" and I quote that because I’m not entirely sure on the proper way. However I do know that there should be a DA or a lawyer presented for the test on the behalf of Mr. Winter. The questions aren't asked in the proper way, nor was it shown that there was a cardiac expert until the following chapter.
So Mr. Winter is a CEO which was only said and not acted upon through the plot, also he’s a writer, which again was only slightly spoken upon and it’s an information about the leading character that came out of nowhere.
In chapter six, you could have referred to the victim as a sex worker, or a prostitute it is a more professional and appropriate term to use, especially as a cop.
Mr. Winter seemed the only suspect, and there is no shown investigations against friends and family or other leads, like the wax, the letter, and the clear sign that someone is trying to frame Mr. Winter by using the killing method from his book on his wife as well as using a scalpel which is the reason he was expelled from medical school. Which is a point that doesn’t make sense. He’s so many things; a dominant, a doctor, a writer, and a CEO. it’s unnecessary and confusing.
Mr. Klein had a lunch date with his ex-wife the day after he beat Mr. Winter but didn’t happen or wasn’t spoken about. There is a few unexplained actions, like the masquerade, which popped out of nowhere, and wasn’t exactly a necessary scene as it doesn’t fit with the rest of the story line. As well as the mask that so happened to be in Mr. Klein’s possession. Mr. Klein’s advances on Mr. Winter after only a few meetings, him showing up to Mr. Winter’s house without authority, as well as unprofessionally harassing him.
The plot in itself is an unorganized mystery. It is as though the author couldn’t decide what to include and what not to and ended up including all, or wrote the book without a clear time line so the unexplained actions pop up to explain other actions.
The flashback in chapter twelve is a bit strange.. So the ex-wife was cheated on and was having a heated argument but was seated and sipping tea? Then like a switch her demeanor went from heartbroken and teary eyed, to confident and savage demanding divorce?
It doesn’t add up.
There is a few grammatical errors and misspells that could be simply fixed by proofreading. I don’t understand the point of the quotes at the top of the page, I like them but I don’t see the point of them, unless they are in some way connected to a certain point of the chapter which is otherwise unclear.
I like the length of the paragraphs as well as the choice of words, however there is an excessive use of “as” it is used almost every other sentence.
I’d like to say that if I I’m viewing this book from a reader’s perspective, half these things wouldn’t matter to me. I’d simply ignore them to see where their story ends or I wouldn’t have noticed them even. It is a nice book to spend a Saturday’s afternoon on.
There should be a warning that it would include BDSM as it’s not everyone’s preference, as well as the age rating, it should be 18+ seeing that you described quite thoroughly in chapter ten and in chapter thirteen.
I hope you take this positively because I truly do not wish to upset you.
Your work is good, and it takes strong will and talent to write.
Best of luck!
Bonnie.