Hi, I'm Katelyn, and I'm a college student. I am majoring in English and Music (I play trumpet) and I am working towards being a published novelist. 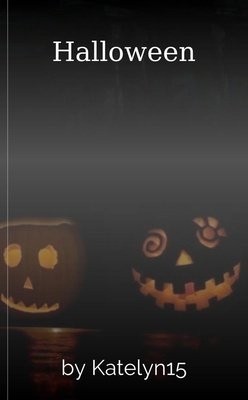 The troublemakers come up with a scheme to get a ton of candy to celebrate Halloween. Featuring the egg roulette game alluded to in "Troublemakers" and Jed's POV for the first time in a Troublemake...

Zeke Hallaway's father dumped him at East Ridge Academy, a boot camp for boys. Zeke befriends a group that calls themselves the "Snickerdudels," tries out for a baseball team, and discovers somethi... 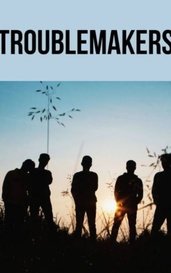 Seven self-proclaimed "Troublemakers" prank whenever they can. They enjoy making people laugh and scream until one member of their group leaves them. Then another... and another. The remaining boy...

Gray Alexander is the black sheep of his family. He struggles to find his place in the middle of all his sisters. When he finally finds friends who understand him, his parents threaten to bring his...

Spin-off of Troublemakers and Cameron but CAN BE READ AS A STAND-ALONE NOVEL Follow Jed Aceley's journal as he decides that he can't take living at home anymore, so he makes the difficult decision... 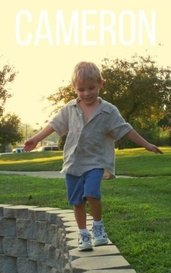 Tia Alexander is... Well, not Tia Alexander. She's a he, and he's Cameron. Cameron has no choice but to escape the foster home that won't accept him for who he is and find people who will. When Cam...

Stories from a Gen. Z Childhood

All based on my best memories of stories from my childhood as an older gen. Z kid.

Trapped in a Online Game

The idea of the story is great. The author clearly put a lot of time into it and into creating the world. The characters are likable and relatable and the plot is interesting.

However, I had a hard time reading it because there are no periods and a lot of run-on sentences. The dialogue is not separated from the narration so, if I'm reading at my normal pace, it is difficult to discern who is speaking, or even sometimes when someone is speaking. If the grammar and punctuation and spacing were fixed, it would be an easier read and it would be easier to enjoy the other good things going on!

King of the Ruby Crown

The story itself is good and kept me reading. I think there was some good description in there, even if some of the more physical/fighting scenes were a little fuzzy as to what was actually happening. One thing I do think could improve story-wise is that it could be clarified that it takes place in present day earlier on. I spent a few chapters thinking it was kind of old-timey and the shock that it wasn't was kind of a lot.

My biggest problem was that, though I know it was specified that the story was unedited, it was very difficult to read. There were a couple typos and some tense confusion (between past and present). But the biggest thing was the lack of punctuation. Sometimes I had to read things two or three times to understand what was actually happening. I know it will be edited at some point, but this version was the only thing I had to judge by.

To start off, I love the idea of the story and the main characters are good ones. I like their personalities and their relationships and all that stuff.
As far as writing goes, there are some issues. One is tense confusion. I think that it is primarily in present tense, but sometimes some past tense slips in there and it gets a little confusing for the reader. Second, there are some words that are switched around. Many times when it says "out," as in people being out or being outed, it says "oust." Sometimes, instead of saying "while" it says "well." There are other words confusions similar to that because the words are homophones and the writer just has the wrong spelling. There are also some awkward paragraph breaks that kind of ruin the flow of the story.
The plot is a little basic and predictable at some points, like every time the mean guy shows up, it gets a little worse and more information about Porter and Ryker has been discovered. Sometimes the dialogue and the characters' narration is a little too tell-y (as in more telling than showing) and I would like it if some of Ryker's past came up more organically instead of being shoved out into the open. Along the lines of dialogue, the dialogue tags are varied, but the variation is actually distracting at some points. As a reader, I would rather see something like. "'Why didn't you tell me that before?" he asked, his eyes searching mine." than something like "Why didn't you tell me that before? he demanded to know." It's nicer to be able to visualize what the character is doing rather than telling their verbal inflections with dialogue tag words like "state" and "demand" and "comment."
All of that being said, I did enjoy the book, and I'm glad it's not over yet!

I am not generally someone who reads this genre, but here's my take:

It was well written, especially for what I normally see in this genre when I do see it. There were a few spelling and grammar and past/present tense mistakes, but that's pretty much to be expected for anyone's first or second draft. There was one spot where I was unsure if we were still in Riley's POV or not.

As far as plot goes, it was pretty good. Some parts seemed a little sudden for me, such as the ending, but it was mostly well done. There was enough variation in the scenes that made it interesting to keep reading. The scenes with Peyton were generally a little hard to read, which isn't necessarily all about the writing, but his ignorance as a character.