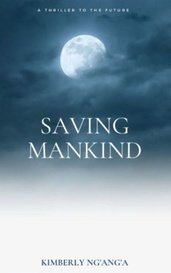 Do you believe in time travel? Join a James Waltz a young and determined scientist who against all odds is determined to save humanity with his life long research project. He proves that time trave... 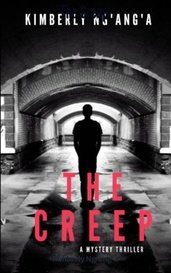 Careen Jabir feels like she is always being watched. is she really being watched or is it just her figment of imagination playing tricks on her. A lot of conspiracies speculate around the school af...

I liked the book from the title to the last chapter. Though I think that the author left us with a cliff hanger. The plot is good but I didn't like the way Logan reacted to Amira in the end... Personally they were my favourite characters. The way Ky was introduced was brief which made him more is just a mentioned character instead of a supporting character. I tend to think that he was helped develop the story so he should have been included more.

My version of how I wanted the story to end is totally different from how it ended... Maybe the Familiars did not disappear but were silenced? Maybe the Alpha King is the one who wanted Logan killed so that he can stay in the throne longer and had the witched make him an immortal portion? Maybe Amira was different as she had started once?What happened to the sexual tension between Logan and Amira? What about the vampires?

Honestly I just have a lot of questions. Is there going to be a sequel or is it just a stand alone? Either way I loved it.