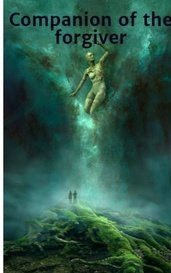 Companion of the forgiver

Neya had always wished for adventure. She wished her sister would take her from her school and show her the wide world where people had wings in the far south, and to the East where people could tu... 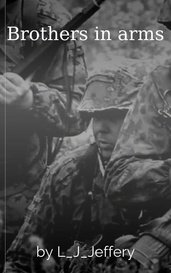 Will and peter. Two brothers in a war, together they stand and together they die. WWII, one of the most horrifying wars in human history. Everyone knows about it, but none truly knows the true brut... 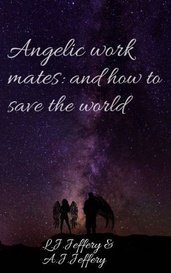 Angelic workmates and how to save the world

It's been many thousands of years since angels and demons had fought. Now merged into a delicate working relationship of balancing the Earth's ratio of good and evil. Yet a new threat emerges in th...

Love it. Always a sucker for the dream connection stuff so kudos for that and the wonderful image of running through the woods A+ for that.
I feel like your characters are strong in the sens that you can believe they are real people you'd know, even though we hardly have any time with them. The plot is also very compelling and I'm curious where this will end up. Also enjoy the chemistry between Nina and Malcolm and the brother-sister relationship he has with Nina's sister. I always love it when a writer remembers that the main character has a family and have (what I'm assuming is a main love interest) interact with them.

Now some criticism, sorry.
You do the exact thing I use to do with dialogue, you write their dialogue the way it would be correct in; say a letter. However, you should remember that not everyone says things like, "Oh really? I am not even dressed properly!"
It sounds a little robotic because not a lot of people say "I am." in a sentence like that, instead they'd contract the two words and say "I'm". Also verbal ticks or patterns that only one character uses can help differentiate two characters when they're talking. This is just a suggestion and something I love doing just so I can have snappy dialogue between two characters. An example is I have a two characters and you know when character A is speaking because she contracts words a lot or misses out t's at the end of words. Character B says his t's and pronounces things properly, This can be a nice way to show character personality's as well.

Overall this was very enjoyable and I look forward to reading more.

As always the first chapter sets up one of the main characters really well and answers what his goal is. The way you describe what is happening to him and around him draws the reader in and has us wanting to know more. Why is he doing this? This gets answered but we don't know what hell do next and that leaves me wanting to read more.

I always love when you start a chapter in the action. I can't wait to see how these characters develop and what will happen to then now.
Keep up the good work.

disabling a bomb with a fork and your wits

I loved this so much!
Your writing style is funny and captivating. The humour was top notch with the premise of a low level agent changing the mind of a villain. And the cat being the true hero of the story just for being, amazing. Love this and can't wait to see what else you write.