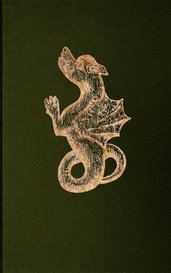 For the first time since beowulf, well over three thousand years in the past, a dragon has taken wing. He awoke from his long sleep to find the air fresh and clean, the polluted smog, and dank heat...

You clearly have a knack for dialogue, and for creating very impressive, theatrical scenes, the first two chapters really drew me in, and I was excited to pick up the story and get reading. You have a great style, and a clear picture in your head of what's happening, I can't wait to read more.
I struggled to connect with Xylee, as she seemed to feel nothing but unhappiness, alienation and fear, which, while quite thrilling to read, I lost track of why I cared for her, and struggled to understand what she was fighting for. If everything was rubbish, why not just give up? Maybe she will steadily develop over the course of the book, but I felt the initial characterisation of her was lacking, and many scenes which should have been tense, ended up being slightly detached and boring. I've also got to ask, why don't the humans fight the dreag? and if they're so bad, why don't the dreag kill all the humans. I would really struggle not to be freaked out if my next door neighbours, who were separated by not much more than a carrot field, were monstrous demons who stole maidens, and, I really couldn't tell, eat people? Do they? or do they just rape women? As I said, I couldn't tell.
Overall though, the fantastic personality that showed through in those first two chapters disappeared as the book went on, and I found myself distracted.