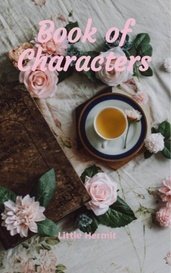 These are the profiles of the characters i have made for both my fan-fictions and original work.

Other by Mythic Mallow • Ongoing • 6 chapters

You can't change Mythology, after all some people actually believe in the Greek gods. they are called Hellenic polytheists. if one of them read the book they would be mortified. Persephone was/is the daughter of ZEUS god of the sky and Demeter goddess of agriculture, therefore Persephone is the goddess of spring. No where in mythology does it state that her father was a werewolf. She is a GODDESS and that is that. In all versions of her story she is described as a WOMAN not a child. There are two accounts of the story but in neither was Demeter happy that her daughter had been taken. I'd read them and rethink the story if i were you. https://www.greekmyths-greekmythology.com/myth-of-hades-and-persephone/

Want To Read Next