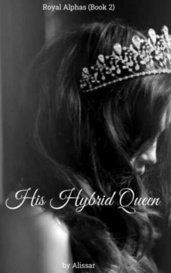 Part 2 of " The Alpha and the Princess" If you read my first book, this is the continuation of Victor and Claire's story. She became an Alpha Queen but she fell victim to the power struggle and di... 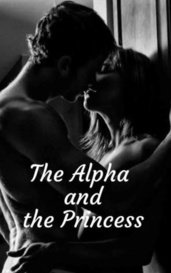 The Alpha and the Princess (sample)

A/N WARNING MATURE CONTENT "MINE!" I heard a loud growl. I couldn't recognize the man in front of me. He was bigger than usual, towering over me, all his muscles flexed and his jaw clenched, hate...

This book is interesting in the way that It flips the usual concept of vampires, they have similar traits to werewolves (like being sensitive to silver and wolfsbane). However it's a little bit confusing between the mate bond and the imprint bond. It's also refreshing that the female lead is depicted as the antagonist instead of a hero. Her traumatizing past kind of makes me want to be compassionate and explains why she didn't want a mate but I don't know why she went to the extent to almost kill her mate when she barely met him, then suddenly she wants to jump his bones the second time. I want to understand why she is so condescending with the king, unless her powers are much stronger than his.(I'm still at chapter 10, and looking forward how it will evolve from here) . Concerning the writing style, phrasing short and simple sentences can help avoid making mistakes and easier to read for younger readers, but be careful about repetition.
Keep up with the good work.

I love this book. I'm obsessed with the story. The interaction between the two main leads is insane. It keeps you hooked up and wanting more. Totally recommend 😍