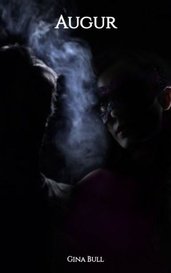 He waved his hand and the familiar shadow mask settled over his face, with the cruel, angled eye slits and the smoky wisps that drifted around him. On an Earth where superheroes and villains were t... 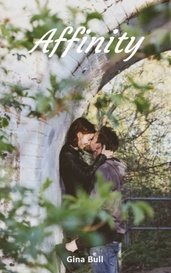 "You're the most beautiful woman I've ever seen." he reached out and brushed my hair behind my ear, and my heart stuttered. "Will you do me the honour of letting me spend my life with you?" Tove i... 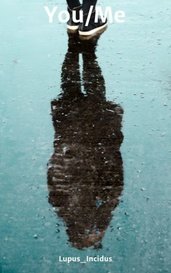 I am a shadow; a glimpse in the night. A thriller style short fantasy story about an impostor in someone's life. There's not really a way to write a blurb for such a short story, so this is the bes... 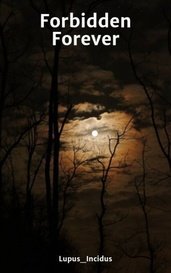 Her pulse raced and the uneasy tumbling of her gut was the familiar anxiety she felt each time she snuck out. A short story about the love between a young elf girl and a human. This was inspired b... 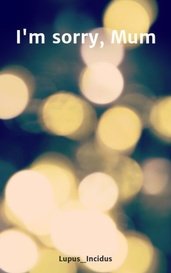 The city lights appeared like blurry stars across my vision as I stumbled down the isolated street, grasping the walls like a lifeline. A short story about a girl who reviews the mistakes she's mad... 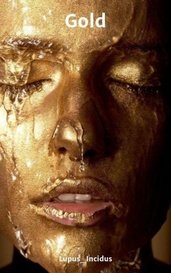 Just before I turn to run, make the mistake of looking at her, and all my resolve rusts away. A short story about a young boy cursed with the Midas Touch. 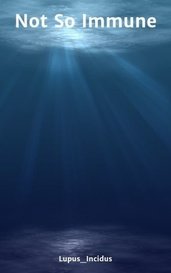 Just as Felipe reached her, Ramona jumped over the edge, his fingers just barely missing the fabric of her shirt. A short story about two of my characters from a roleplay. 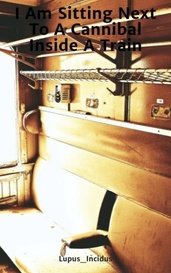 I Am Sitting Next To A Cannibal Inside A Train

Mother, Father, I'm terrified that something might happen to me. I was given a writing challenge by a friend, to write a story which only had the title 'I Am Sitting Next To A Cannibal Inside A Tr... 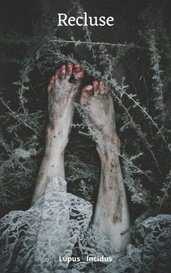 “What are you doing here? What happened to you? " A short story about an escaped prisoner. I might eventually continue it. 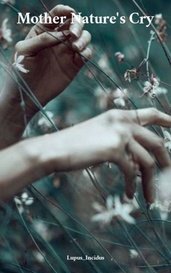 You can't really write a teaser for a poem...so click to read, please.

Poetry / Other by Lulu • Complete • 1 chapter 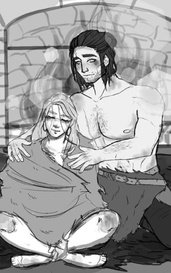 A mix of fanfiction and a mix of original character lore, this will contain my fanfiction writing based on the visual novel app The Arcana owned by Nix Hydra, following the tales of my original cha...

Fantasy / Romance / Based on The Arcana by Lulu • Ongoing • 4 chapters 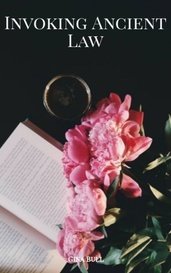 She looked so tired, and desperate. A sigh escaped me. “Then I refuse, Amber.” An old bylaw. A desperate single mother. A kind professor. The outcome was inevitable. [Inspired by a writing prompt...

I seriously enjoyed reading this! The story was original, the writing phenomenal and the pacing perfect. Definitely one of the best fanfictions I have read, and I'm not usually a fan of Thor/OC ships. I definitely recommend this to any Marvel Thor and Loki fans, or simply fans of Norse Mythology.

It was genuinely really good. The only things I didn't like were:
There is a scene where Thor and Ingrid are fighting, and for lack of a better phrase, he starts grinding against her. She resists, really not wanting it, but eventually "gives in" because he "feels so amazing" the the whole electrical thing, and then they do the dirty. This was an extremely uncomfortable scene as it read more like coerced sex, ie rape, than make up sex. Which is especially uncomfortable considering the story frequently makes Ingrid nearly getting raped the worst thing to happen. So the similarity with a man who is meant to be her lover...not good. I think the scene needs some reworking; rewrite a few sentences, and it will read much more like how I think it was intended.

The other thing I didn't like, was that the blurb makes it sound as if Loki and Thor both love her equally and fight for her, but in the end Loki gets her to kiss him once and that's it. Thor never finds out she basically cheated on him, and she and Loki never speak of it, so it feels very unresolved. A second novella, perhaps?

Other than that, fantastic!

I'm going to be honest, even if it means being harsh.
The plot line is a cookie cutter story, that I've read before and has been done better. The typically flirtyassholebadboywithaheartofgold™ and the prissybitchygoodytwoshoesgirl™ hate each other but fall madly in love! It's been done before, it's boring, and it's not even realistic. There is nothing romantic about Drew's actions - he's constantly invading her personal space and basically sexually harassing and assaulting her because she isn't interested, yet somehow this is presented as an ideal, as attractive. Also, Megan is constantly called a bitch and a coward because she's sensible enough to not sleep around with the first hot guy she sees. This is a really annoying representation because it suggests that every and any girl with self worth who values herself and doesn't want to sleep around is somehow lesser. It's that really misogynistic "oh she's a prude" attitude and it's infuriating. Also, apparently Megan is the bitch character yet her sister and friends are constantly insensitive, pushy, cruel, gang up on others and don't give two shits about Megan's own wellbeing and feelings. I'd say they're the bitchy characters.

On the topic of the characters, they are also quite cookie cutter and plain. They feel flat, 2D, and so in line with the trope that I might as well be reading a "how to write a stereotypical romance, the example" book.
It's a shame, because your actual writing ability is really good. Your grammar and punctuation is near perfect and your style of switching perspectives, while it does have room for being refined, is very interesting and keeps the story flowing in a way you don't often see. Also, the first person has emotion in it which many authors fail to portray. You've done that really well and it could really shine, but an unoriginal story with an incredibly predictable plot line is sadly letting it down. At first glimpse, it seems like the story is there as an excuse to write lots of steamy moments. At second glance, it is clearly meant to be a story but it also becomes clearly generic. At third glance, we as readers are bored and looking for something new.

You show promise and I really think you could write something fantastic! But in order to do so I think you need to step away from the tropes and overdone storyline and create a genuinely unique, or mostly unique story that comes from your heart.


Right... No offence intended, this is just constructive criticism from one author to another. I'll list the positives first. Your writing style is interesting, especially since you begin the story with second person "you see the girl". It surprised me and was the main reason I read further, because you don't see that style often. Your writing skill itself seems quite good, and the grammar is alright in most places! But... Sadly, here's the but. I think the first problem here is that your story is romantacising a relationship between a 17 year old and her teacher. From what I can tell, this story is set in America, meaning that the age of consent over there is usually about 18, making this pedophilia. Even if she is of the age of consent, romantacising a relationship between a teacher and student, or a man old enough to be a girl's father and the girl, is disturbing. There's nothing romantic about it, it's just creepy. I'm sorry to be so blunt, but it is. Maybe lower the age of the men in her life to be much closer to her own age, or increase her age a lot. The second problem is more easily fixed, in that you don't seem to be proof reading. One of the characters' names keep changing, which is confusing, and there's a lot of spelling errors. The third problem is that I feel like there's a distinct lack of a story, or rather a reason for the main character to keep going. It feels like this story exists purely to create erotic moments, which in my opinion makes it not very appealing and kind of bland. Please don't be too upset, I'm not trying to be mean. It's just that, I think if you change these things, you stand a much better chance of getting published. 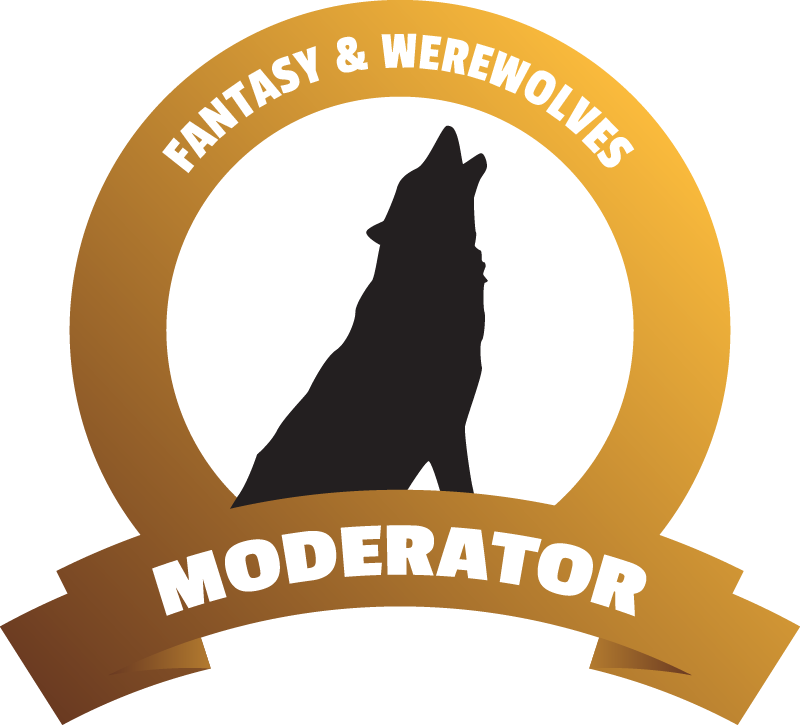