Trying my hand at fiction, and eager for feedback. 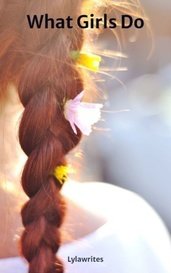 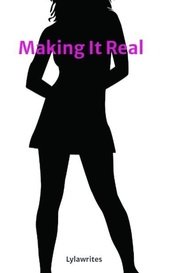 Notice: M/M/F, explicit! I caught movement out of the corner of my eye, through my haze of arousal. Caleb walked into the kitchen, and leaned against the doorway. He locked eyes with me, and smile... 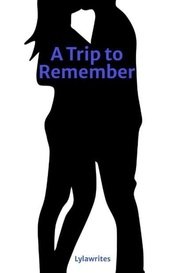 A Trip to Remember

Notice: M/M/F, explicit! He brushed past me, and as I let the door swing shut behind him he turned to face me in the small entryway. He looked me up and down, smiling that coy smile of his. He kne...

Intense in so many ways!

I loved this. The stresses of real life, mixed with the way this couple has chosen to escape from that life, if only for a night every once in a while. The "real life" scenes were heartbreaking, especially when contrasted with the writer's story of innocent young love. As a story on its own, the inner story would have been lacking tension of any kind - but when taken as a balm to the very real tension in the real life scenes, it was just right.

I really like how this one is starting out. It seems like the children will propel the plot a bit, which should be interesting. I'm really curious how they are connected to Avery, but I'm also curious about why she isn't more confused by it.

I think that this is a good start, but I agree with the other reviews that there isn't really a lot to read yet. There is more plot development in the title than there is in the first chapter. I would love to see some narration interspersed with the texts, or at least somewhere in the chapter so we can learn something about the characters.

Overall, this is a great story. I feel like this should be a longer book somehow though? So I'm glad there is another one, because I definitely don't have all my questions answered. Avery is a complicated character and I don't fully understand where she is coming from, but that's partly because a lot of her backstory has been hinted at but not fully explained.
From a technical writing standpoint, there were several times in the beginning chapters especially when the tense would change from past to present and it took me out of the story a bit. But overall, very well done.

I really like how this story is shaping up. The introduction of two mysterious men who clearly have some sort of plan in place is a good counter-balance to the small town friendliness of everything else. I definitely want to hear more about them and see what exactly it is that they are planning!

I love this couple! They are so sweet to each other. Jane sounds like she has been through some rough stuff that has only come out a bit at a time, and I wonder if we will hear more about any of the older life drama. I imagine it could give her some insecurities, to say the least.
From a technical writing standpoint, sometimes it is hard to tell who is speaking each line of dialogue, especially in the scenes with more than two people. I also wasn't crazy about the very very beginning, where she talks about her body. It seemed to come out of nowhere. Maybe move that paragraph to after her complaints about her date's poor health? In a "I know I don't have a perfect body either" sort of way?

Good plot but a little rushed

I agree with one of the earlier reviews that this book is a good start, but could use some ironing out. There are a LOT of things going on in this book, and a pretty complicated plot, and almost all of it could use more detail and explanation. Also, there are spelling and punctuation errors that are distracting. But I like the characters, and the overall idea is good and interesting. I think if you expand this into a longer book with more developed scenes, it could be great.

This story does a good job of capturing high school drama. There are a lot of characters to keep track of, including one whose name just changed? I am having a bit of trouble figuring out what's going on for a lot of it, and whether the main character might have legitimate voices in her head, or is just being a dramatic teen. And why is she writing a goodbye letter to a friend? I will keep reading as you update because I want to know where this is going.

I don't know exactly what I expected from this story, but whatever it was, I was surprised by this. Even at the end of each chapter, I had no idea what was going to come in the next. I thought that it was well written, the dialogue seemed mostly believable. The part that didn't quite hold up for me was Ella's actions through much of the story. Her actions are generally that of someone who is desperate, but all of her talk about why she's not happy doesn't seem to rise to the level that would lead to what happens, or even lead to how the story starts, with her walking down the street by herself in the middle of the night. I think that I would need to see more desperation, or even less emotion and more coldness, to make it more believable.

This is very well-written, with realistic characters even as the world and situation are fantasy. I especially like how each of the characters has their own voice in their dialogue, and their own style.

I really enjoyed the story - the characters and the plot were interesting and well-developed.

There were a few technical things that brought me out of the story though: first, the tense. The story is written in present tense, which is unusual but interesting, but there were some parts where it got confusing and seemed to slip into past tense. Or, there was background given on people that should have been past tense but was present tense instead. Second, there were some word choices that were either the wrong words, or just unusual enough to make me question whether that was your intention or not. There was one reference to a "bottom down shirt" instead of "button down". In the last chapter she "shutters" instead of "shudders", that sort of thing.

I think with another read-through and some minor editing it could be really great.

Overall, I think this is awesome. You have done a great job of building up tension between Fi and Alexis, and the scenes between them are super hot. I think the dialogue is realistic, the characters make relatable choices, and the plot is coherent.

I have two comments about the writing style that I think could improve the story even more. The first is that you have a lot of short sentences, and sometimes short incomplete sentences. I think this is a great tool to indicate urgency and breathlessness, but I think you are over-using it a bit. If you play around with the length of your sentences, then the short ones will really stand out. It's like how if you emphasize everything, then nothing ends up more emphasized than anything else.

The second is that you have a few scenes where you describe a particular situation from two points of view. I like it, but I would like it even more if there was less repetition between the two viewpoints. As an example, at the restaurant, Fi described the decor, so when Alexis described the decor again on his turn, I wasn't interested anymore. If you have two people describing the same thing, make sure they are noticing different things about it.

Other than that, I think this story is great!

I have read through Chapter 2, and I think it's a great start. The narrator is written in a very relatable way. In the first two chapters, there has been some slight escalation, but I'm looking forward to some kind of conflict or growth. This might be tricky with only one real character. There has been some hinting about the employee at the sex shop, so I'm hoping that goes somewhere. Or, if you want to continue with the themes of the nosy gossipy neighbors, I think that is ripe for plot development also. Peeping teen neighbor boy? Mail-order dildo delivered to the wrong house? Spilled purse in a store? Package delivery person? I'm excited to see where it goes!

This book was incredible. I read the whole thing in one sitting. The plot was great, lots of tension, and lots of great releases!

Loving this so far!

Having just read the first 13 chapters of this book in one sitting, it's safe to say that I am hooked. This is some DARK shit, but it's very well done. I can't wait to see what happens later in the book, because there are some significant plot points that are coming to a head. I find the writing very easy to follow, without any pesky grammar or punctuation problems that have instantly taken me out of other stories. I may have more to say when I finish the whole book, but so far I like the complexity of the characters. Anastasia seems strong but realistic, no super-human feats of strength (physical or emotional) that make her hard to relate to. The dialogue is realistic, her thoughts seem genuine, and overall this is just a really compelling story to read.