I'm a 20yo girl from Iceland. My English is quite good but I do make mistakes. I have a passion for writing and figured I would start here. My favourite genres include fantasy, romance, and sci-fi. 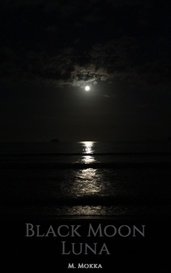 It has been 16 years since the Black Moon Pack had a Luna, but now, soon-to-be Alpha Killian Darcy has found his mate in the cold Helena, daughter of Alpha Viktor of the Silver Moon Pack. To lead t...

As this review is written, there are only 4 chapters out. So far, they are captivating to the reader with the detailed descriptions! Intriguing plot and characters are enough to hook any reader. Sure, there were some questionable choices when it came to grammar and choice of words but that's easily fixed during editing, and none of it bothered me too much. I should say that I am not a native English speaker, so I cannot judge the writing part too much. Overall, I thoroughly enjoyed the story!

The plot so far is intriguing and hooks the reader easily! Only a few grammar mistakes bothered me, but that didn't stop me from getting fully immersed into the story. The characters are interesting and as someone who usually isn't drawn to drama, I still must say that I loved this! I recommend it to anyone who likes drama! With some editing, this will be a great story!

Unique plot, unique story! The characters are lovable and the text flows well! I enjoyed it immensely as it was easy to sink into the book and get immersed into it. The imagery is brilliant and I did not notice any major grammar mistakes!

The plot and story is very interesting, and the writing style of the author stands out for its excellency! The imagery and flow of words makes it easy for any reader to get immersed into the story. The inner emotions of the characters are conveyed nicely to the readers. Besides a few grammar mistakes which can easily be fixed, I saw no major problem! This is an author everyone should keep an eye on!

A classic example of a good noir, with unique characters. The author's writing style is pleasing to the mind as the text flows very well and the emotions of the main character are well conveyed. The imagery used easily allows the reader to immerse themselves into the story and setting. Although the main character trusts Gwen a bit too fast in my opinion, the story is well paced.

This is definitely a very unique story, unlike anything I have read before! Although the grammar, and sometimes choice of words hindered the flow of the text, I was able to get invested in the story line and could easily immerse myself into it!

As this review is written, only 7 chapters have been published. I like the plot and am intrigued by your world-building. I noticed.a few grammar mistakes (unless they were intentional) that slightly bothered me, for example in chapter 2 when introducing the best friends, you put their whole names inside brackets instead of naturally introducing it through a conversation later on.

The biggest problem I had with your writing is easily fixed. It is the varying point of views within chapters. I personally prefer to have only one point of view in each chapter. Chapter 1 especially felt chaotic and was a bit hard to follow but that was also influenced by the amount of information being given all at once.

Besides chapter 1, though, the writing was good and easy to follow, and you convey the feelings and inner battles of the characters superbly.

Overall, it is a good story which I enjoyed, and I can't wait for the upcoming chapters!

Belongs in a bookstore!

As I was reading this, the main thing that kept popping into my head over and over again was that this book does not belong on Inkitt, it belongs in a bookstore! I enjoyed it immensely; the choice of words brought every scene to life! I loved the characters, even the headmistress (I should explain that I do not like her as a person but as a character). I can't really comment much on grammar and technical writing skills since English is not my first language, but I did not notice any major issues as I was reading your book. Overall, it was very well paced and the way you built tension was both satisfying and genius!

I will definitely read the sequel!

I like the story and the plot a lot, definitely original! However, the way you write is a bit confusing to me, perhaps because English is not my first language. You clearly have good imagination but maybe an editor or beta reader would help you get your ideas across to the audience more easily! Nice work

I was on my toes the whole time! I could not stop reading once I started, absolutely amazing! I love the diversity and I could not help myself from falling in love with the way you can use English! Amazing writing overall