This is my writing space. It's an honor to share it with you. I'm here to hone my skills and share my work. Thank you in advance for the feedback. 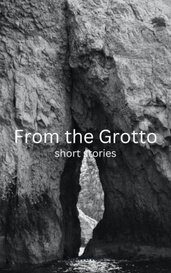 From the Grotto: Short Stories

A collection of short stories and flash fiction that dabble in fantasy, magical realism, and speculative fiction.

Fantasy / Other by NooriPassela • Ongoing • 2 chapters

I really liked the overall concept of the story: diary entries - almost like a chapbook - interspersed with poetry tell us a lot about what's going on in the narrator's mind. At first, I didn't understand how the POV of the sister mourning the death of her twin made sense with regards to the rest of the plot, but as I read the last few chapters and understood that these were in fact the twin sister's diary entries, everything came together nicely.

The writing in the diary entries felt very real and raw, as if it were autobiographical. I felt like all the writer's anger, pain, and sadness bled through the pages. I could easily imagine a young woman going through all of this. There were a few grammar, punctuation mistakes but I wonder if that was intentional, given the format of the story. The ending was quite heartbreaking, making me feel sad not just for the writer of the diary entries but her sister and those left behind as well.

Kudos and thank you for writing!

This story is so fast-paced and full of twists. I like how exciting it was because I genuinely couldn't predict what would happen next. It's like a high-octane mix of thriller, fantasy, action, drama, and romance. I haven't read anything quite like it.

Tara/Iden makes for an interesting character. Because of her memory loss, she and by extension, the readers, start off without a purpose but then that quickly shifts into a quest to solve the mystery of her new identity. And when she finds out she's Iden, she still has to make sense of her place in this crazy world she finds herself thrust into. That makes for a very intriguing story for a main character.

As for the other characters, I felt like some of them could be better fleshed out. Aside from her relationship with Gideon, I believe that the rest of Tara's interactions with the other characters could be built upon to give us a better sense of the story as a whole as well as provide clues to her ultimate role in it. This story has a lot of potential to be riveting, it just needs a bit of polishing in some places.

Kudos on your hard work and thank you for writing!