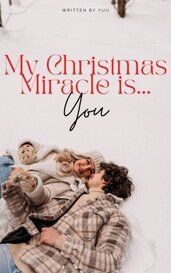 My Christmas Miracle Is You

JADE is an independent, work-oriented, 27 year old single woman. In other words, AN OLD MAID! At least according to her co-workers. After a rumor spread about her desperately seeking out men, her ...

Romance / Other by Yuu • Ongoing • 3 chapters

The beginning had me hooked! It was intense and a great springboard for the remainder of the story. I also like the writing style; detailed enough but not too chunky.

Perhaps it’s the fact that I’m not well versed in stories about werewolves and mates that I wasn’t so keen on the concept of being attracted to each other only because they are fated. I kept wanting to see more meaningful interactions between Ariadne and Dio. But instead, both were very hot and cold that at times, it was surprising and a bit confusing. I wished the characters were more consistent in terms of their personality and intention but then again, this is only part of the story and perhaps one would understand further if they were to read the whole book.

But I have to say, I like this Odysseus character and the writer really knows how to pique a reader’s interest. Overall, it’s a very interesting read. Nice job!