I write original stories based on prompts which will have numbers with the story or original works on my own! I will try to update as often as possible. :) 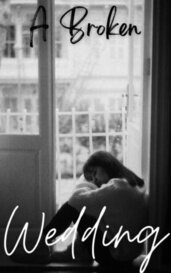 Laurybell will go through college experiencing true love or what she believed was true love. #1

I love how you even though there are so many characters, you make them so different that its recognizable. I find your characters greatly written, I can get annoyed at Carly as an individual while Angel is different and grounded so my interest in her is different than Carly’s. I enjoy reading the family fight over nonsense but also stay true to values and behaviors. Not changing so quickly. I like Leo and Angel for that the most because you show human reasoning. I have seen so many stories where family members or friends by pass unethical behavior just so the main characters have a plot more smoothly. You instead, have Angel slowly build trust, to which I can relate too and Carly facing the burden of her actions. Leo, as well, I understood when he feels like he going to be attacked due to what happened. His behavior is not rational however, you dis-play non rational emotions well due to being scared, guilty or other reasons, and hiding positive reactions of Angel deep inside. You even proved that Angel’s point of Carly’s possible betrayal to Leo didn’t completely change his mind. He stayed true to her but also didn’t immediately ignore Angel even if it wasn’t brought up again due to probably Leo’s not so great actions. Leo didn’t quickly change for plot, his character was consistent and changed every now and than like a real person would.

The story line, the changes in POV, setting and individual problems plus goals keep me very interested in this book. Like I made sure to read every chapter because it always gave me something new or something else to follow or figure out. Overall, a great story! I hope you continue!

I love the way you describe what Wyatt is going through. I feel connected to the characters and their experiences when dealing from trama or heavy emotions. That their actions might come off as rude but there trying to keep themselves feeling comfortable, safe and grounded. The story overall is excelente!

No words, the detailing in this story and the way it flows is the best. I would definitely read more or any other books you create.

I only got into a few chapters and plan on continuing to read this book. The story line is well written, characters are well thought out and the POV is wonderful. I can’t wait to read more.

I don’t think I ever felt so determined to finish a book before. The characters, plot and story are a 10/10 in my book forever.

Alright, so first you have to correct the punctuation and grammar errors. Sometimes, it cuts off to a new paragraph and the format looks messy and not fluid enough. Plus, please, capitalize the “I” in each sentence you wrote, it shouldn’t be lowercase. I do like that you start off the story by explaining the family relationships before going to the main one. However, you should add more detail, reasoning and expressions. It sounds monotonous when you talk about her mom missing out on her important events. Add emotion to the events that influence the character and try not to add too many. A good one or two points of why they aren’t close could take a good amount of content if you do it right. I do believe this story has promise, it just needs a bit of work.

It’s a descriptive story, that slowly builds relationships in the perfect way. I enjoyed reading about the characters developing, interacting and then sharing struggles. I can’t wait to read more, it has such potential. All that’s a little wacky is the grammar from time to time but that’s fixable.

I love and adore Aeneas. His character is great and I love how understanding he is. You wrote him so well! The story too is honesty great. You made them have real problems and concerns. Ebony wants to keep her children safe even if it means rejecting her mate. Aeneas finally finds his mate and wants to keep her. The plot is simple but fresh. I would share this cute story with friends.

The plot itself is interesting. You gave mystery to the story. I enjoy picking apart the pieces and putting them back together. The Girl is said to have power beyond the rest. What those powers include, I hope are original and make sense. I have seen a lot of stories like this and what makes them fail is the lack of reasoning. Like you could have a far out idea and still make it make sense.

I find your concept on mating also, interesting. You include that it doesn’t involve sex partners but a real connection between pairs. Your characters seem familiar with each other but also apart. I would really enjoy more information on how there relationships work. Are they connected since birth or is it a spiritual concept?

Otherwise, its a great start!

I didn’t get too far into this because it felt so jumbled together. Like, I was getting confused way too often. Honestly it seems like they are drunk or something instead of a alternative universe. I mean the changing of a building name or a car being different doesn’t do it for me. However, This story does reminds me of those type of movies where they go off to do crazy adventures and still create comedy. So, I did enjoy your story because it had a classic feel to it.